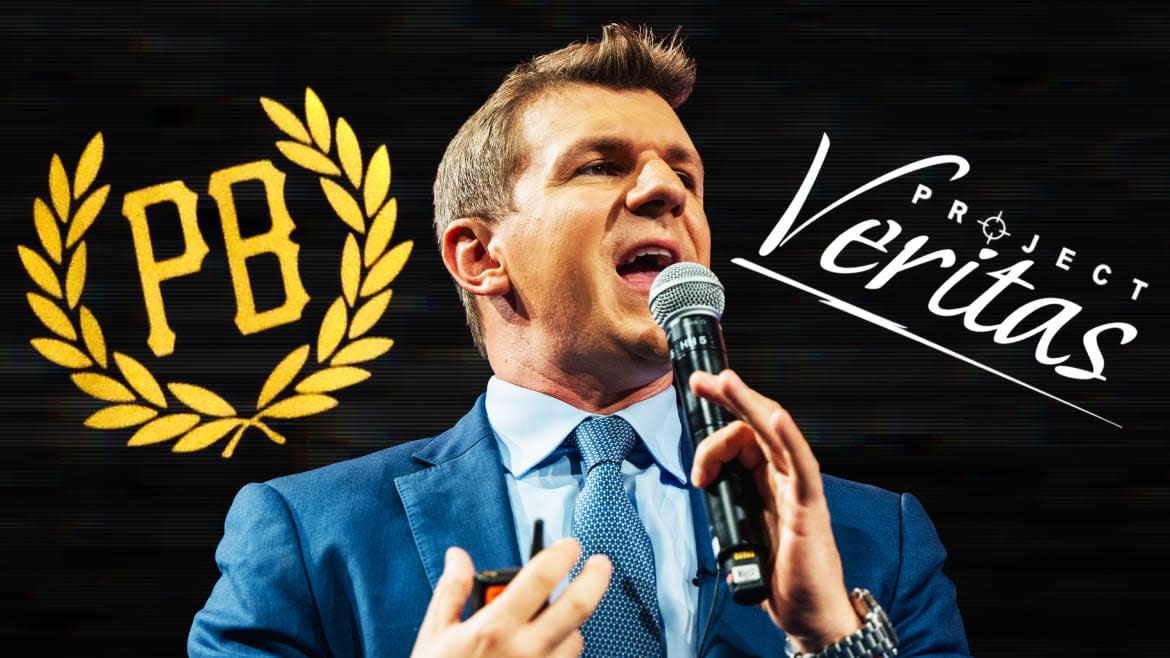 A Justice Department investigation into conservative operative James O’Keefe and his Project Veritas group includes a review of O’Keefe’s ties to a member of the far-right Proud Boys, according to a federal search warrant.

On Nov. 6, FBI agents carried out an early-morning raid on O’Keefe’s home. The search came as part of a year-long investigation involving Project Veritas’s purchase of a diary purportedly belonging to Joe Biden’s daughter, Ashley Biden, and the diary’s subsequent publication on a right-wing website.

As part of the raid, according to the warrant, FBI agents were looking for communications with a self-described “third degree” Proud Boy named Jackson Voynick. Voynick is listed in the document as one of several persons whose communications could reveal information about “potential co-conspirators.”

The search warrant points for the first time to a Proud Boys link to the Justice Department investigation. Several high-ranking members of the far-right men’s group have been charged with alleged involvement in the Jan. 6 riot.

The Proud Boy connection to the Justice Department investigation, which began under Trump attorney general Bill Barr, has not been previously reported. The search warrant was filed in court records by O’Keefe’s attorneys in November, and first noted by journalist Marcy Wheeler.

Project Veritas and a lawyer representing O’Keefe didn’t respond to requests for comment. Voynick couldn’t be reached for comment.

It’s not clear how Voynick was involved in the Biden diary story, if at all. The search warrant also authorizes FBI agents to seize communications with O’Keefe associates like Project Veritas’s office manager, as well as Aimee Harris and Robert Kurlander, two figures reportedly tied to the diary’s alleged theft and sale. A lawyer for Harris told The New York Times Harris is cooperating with the investigation but has “no culpability,” while Kurlander didn’t comment.

In the search warrant, Voynick is listed as a person whose communications could reveal details about “obtaining, transporting, transferring, disseminating, or otherwise disposing of Ashley Biden’s stolen property, including but not limited to communications reflecting the knowledge of coconspirators that the property obtained from Ashley Biden had been stolen, and communications that contain personally identifiable information of co-conspirators and references to coconspirators’ places of residence or locations at particular points in time.”

Voynick has reportedly been associated with O’Keefe and Project Veritas for years. The New Republic reported in 2020 that Voynick was listed in internal Project Veritas documents as an operative used in attempted stings on Democratic presidential and Senate campaigns. Voynick operated under the codename “Sundance,” according to the report, and tried to infiltrate the 2020 campaigns for Biden and Pete Buttigieg.

Voynick has appeared regularly on the fringes of conservative media. He wrote articles for right-provocateur Milo Yiannopoulos’s now-defunct website, as well as at least one post on the Proud Boys’ shuttered blog.

FBI agents seized two phones in the raid on O’Keefe’s home, according to filings by his attorney. Earlier this month, a federal judge put a temporary stop to the FBI’s examination of the phones until they can be reviewed to separate out potentially privileged communications between O’Keefe and his lawyers.

Got a tip? Send it to The Daily Beast here

« Archaeologists expand search for graves on Clearwater business
My wife and I bought a foreclosed condo in 2009, and our son lives in it rent-free. Should we put the deed in his name? »
Sidebar