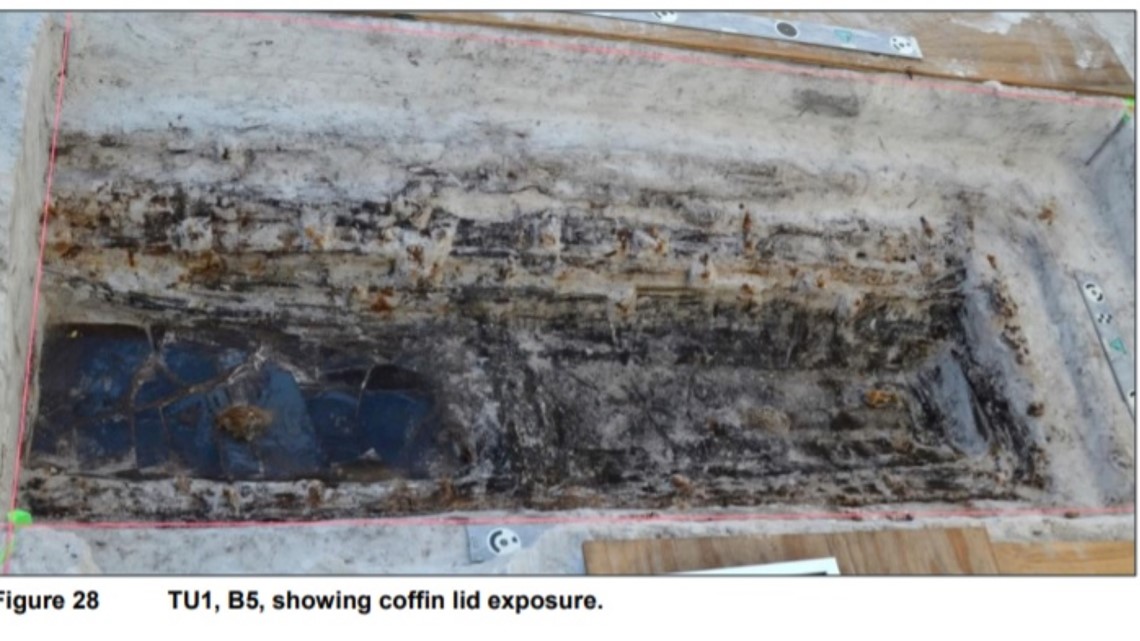 CLEARWATER, Fla. — With a new contract in hand from the city of Clearwater, archaeologists will soon expand their search for lost graves from a destroyed African American cemetery currently buried beneath a local business, and likely extending out to Missouri Ave.

Archaeologists are expected to use ground-penetrating radar starting early next year to confirm the complete boundaries of St. Matthew’s Baptist Church Cemetery. Maps place the cemetery mostly underneath the FrankCrum staffing firm property along Missouri Avenue, with a portion of the cemetery extending out to the middle of the street.

An initial ground-penetrating radar search for the graves began in 2020, with radar results from Cardno confirming at least 70 graves on the FrankCrum property. Through a process called ground-truthing, archaeologists in 2021 dug to confirm the physical presence of the graves.

The initial search did not cover the entire cemetery footprint, which archaeologists said was necessary to determine if graves remain throughout the parcel where maps show the cemetery existed.

In early December, the city of Clearwater approved a contract with Cardno for an additional $48,223 to complete the expanded search for the St. Matthew’s Baptist Church Cemetery.

According to historical records, the cemetery was established for African Americans in 1902 and operated until 1940. That year, the city determined the cemetery was no longer adequate and opened the North Greenwood Cemetery several miles away. In 1955, the church sold the property, and a series of sales over the years would eventually place the property in the hands of FrankCrum in 2004.

According to the city of Clearwater, Cardno stated there were no records ever found of graves being moved.

Cardno said the expanded GPR search should take no longer than two weeks, and the city of Clearwater should get a final report within 60 days after GPR work is completed.

The St. Matthews Baptist Church cemetery is one of several destroyed African American cemeteries rediscovered over the last two years. Archaeologists have found graves at Zion Cemetery at Robles Park Village in Tampa, Ridgewood Cemetery at King High School in Tampa and North Greenwood Cemetery in Clearwater. There are also ongoing searches at MacDill Air Force Base and Tropicana Field.

Emerald Morrow is a reporter with 10 Tampa Bay. Like her on Facebook and follow her on Twitter. You can also email her at [email protected]. To read more about the search for lost African American burial grounds in the Tampa Bay area, head to wtsp.com/erased.