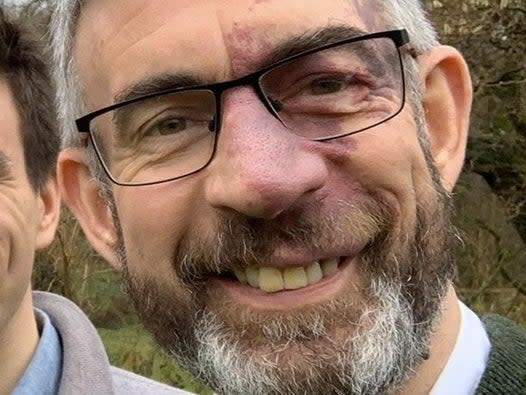 Police appeal for assistance in search for missing British diplomat

Police have issued a fresh appeal for information as they continue a search for British diplomat, Richard Morris, who went missing on 6 May in Hampshire.

The 52-year-old was believed to have been on a run in the local area at 10.30am last Wednesday when he went missing.

Mr Morris is a white man with greying hair and beard, and has a distinctive port birth mark on his face. He was last seen wearing a blue long-sleeved top with a half zip, black shorts and blue trainers, said Hampshire Police.

“We are now asking residents in the surrounding areas if they could assist by checking sheds, outbuildings and gardens,” said a force spokesperson.

“We would also love to hear from any residents or businesses with CCTV that could help our enquiries.”

Police have dedicated search teams looking for Mr Morris in local areas and have asked that members of the public “not attempt to look for Richard, outside of your own property” by themselves.

“This is so teams can accurately monitor all areas that have been police searched to a professional standard and so potentially tracking can be conducted by search dogs,” added the force.

Mr Morris was formerly the ambassador to Nepal from November 2015 to November 2019. He was due to begin his new role as British High Commissioner to the Republic of Fiji in July.

He has also held positions as the head of the Pacific department at the Foreign and Commonwealth Office, (FCO) consul general in Sydney, and director-general of trade and investment in Australasia.

A spokesperson for the FCO said in a statement: “Richard is a much valued and well-liked colleague. We are extremely worried that he is missing and we all hope he will be found safe and well soon.”

Anyone with information is urged to contact police by phoning 101 and quoting the reference 442001603098.