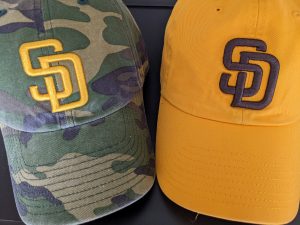 Hat tip to long-time reader Todd who we saw at the game last night – we did bug out early, but it was only to pick up Kayla at the airport. The Padres walked it off in the 11th inning!

Meanwhile, people are wondering where the local real estate market is going to end up.

For conditions to change much, sellers would have to panic, and dump on price. Otherwise, we will just be taking a leisurely stroll through Plateau City, admiring all the homes that aren’t selling.

A few months ago, we had the lowest number of active listings of all-time:

While lately the number of the active listings have been growing steadily, they would have to double from this point before getting into the danger zone – but we’re going to run out of time before that happens.

Now that doom is being broadcast everywhere, sellers will decide that ‘now isn’t a good time to sell’, and by August they will quit listing their homes for sale.

The market won’t keep getting worse – it will just taper off for rest of the year as buyers AND sellers lose interest. Instead, we’ll be talking about the playoffs and our first-place Padres going to the World Series!