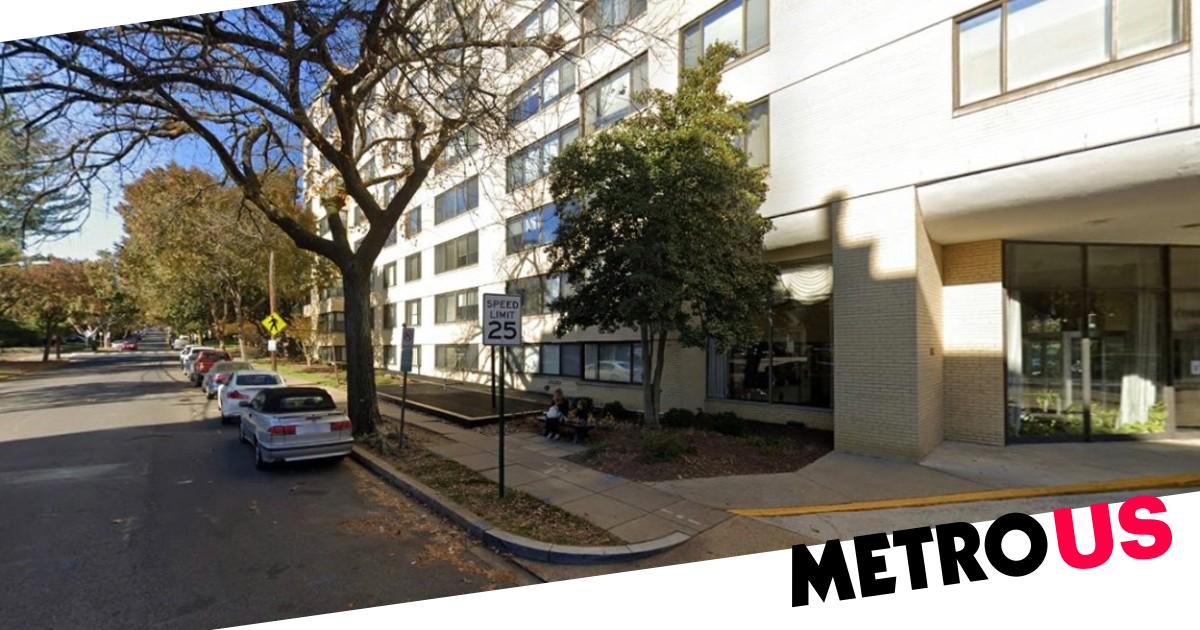 A woman with her hands and feet tied together reportedly jumped from the eighth floor of an apartment building in an incident that resulted in a man’s arrest.

The woman’s legs were bound but she ‘was able to get free and jumped from the building’ in northwest Washington, DC, on Thursday shortly after 7pm, police said.

She sustained serious injuries and was transported to a hospital in stable but critical condition, cops said.

Kylee Jamal Palmer, 22, was arrested when he returned to the scene on the 4500 block of Connecticut Avenue on Thursday evening, said Metropolitan police Commander Duncan Bedlion, according to WTOP.

The woman’s 1 1/2-year-old son, whose father is Palmer, was found safe with family members on Thursday, Bedlion said.

‘He was distraught,’ Bedlion told the TV station. ‘He provided some information that led us to believe that he was a suspect in this case.’

Police recovered a rifle-style ghost gun in the apartment building.

In addition, police discovered ‘some type of reptile’ and called animal control to take it, Bedlion said.

Palmer has been charged with assault with intent to kill, possession of an unregistered firearm, as well as possession of a large capacity ammunition feeding device, cops said.

The woman’s identity has not been released.

For more stories like this, check our news page.

Get your need-to-know
latest news, feel-good stories, analysis and more