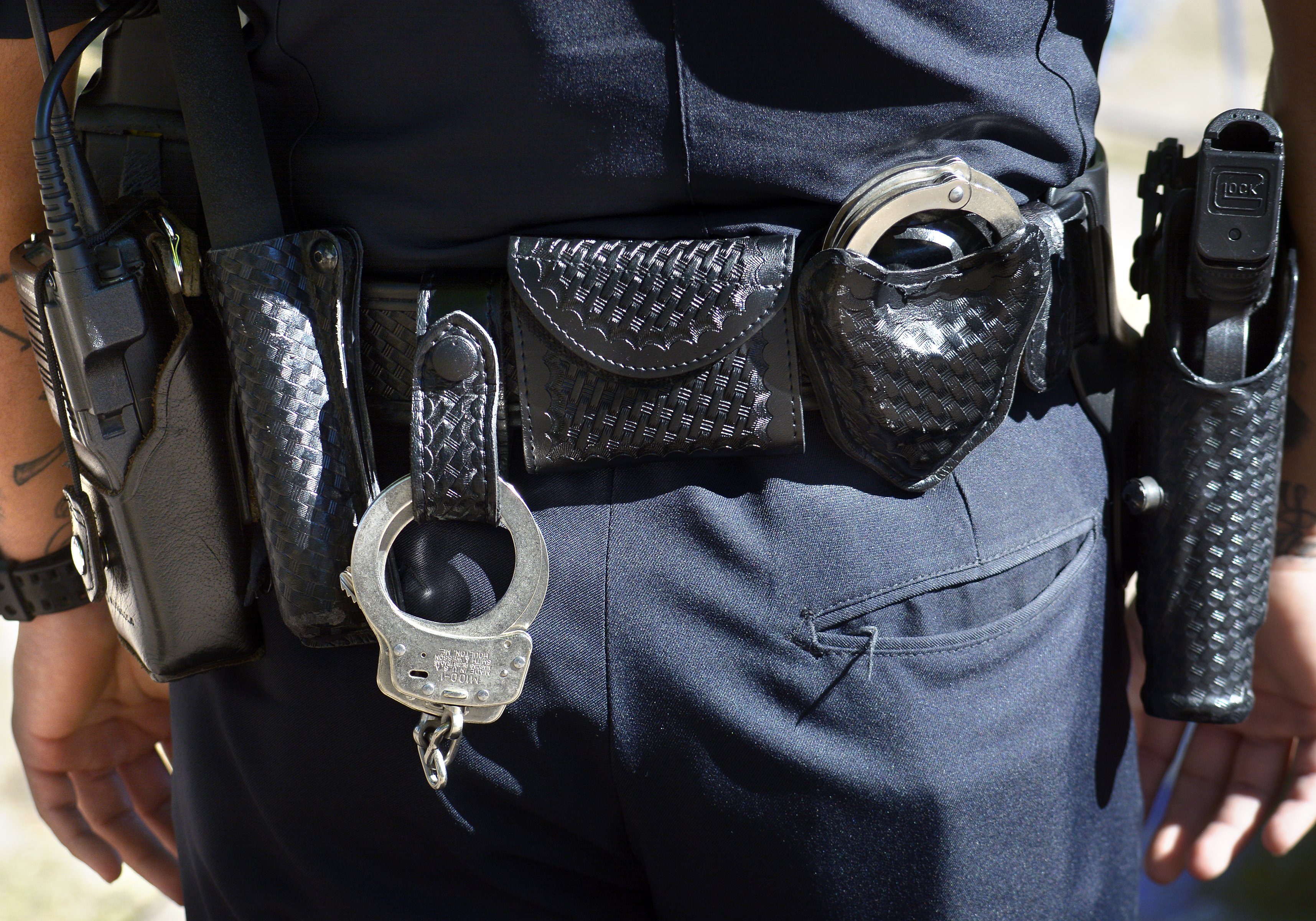 On Monday the Florida Department of Law Enforcement executed a search warrant at the Tallahassee home of Rebekah Jones, who was fired by the state’s Department of Health in May.

Jones posted a 30-second clip on Twitter, taken from a camera inside her home, that showed the tense moments after she opened the door to an officer at around 8.30 a.m.

She is seen with her hands up as an officer enters and orders her to go outside. She tells him her husband and children are still inside.

The officer draws his gun as he walks to the bottom of a staircase and says: “Mr. Jones, come down the stairs… now!”

In an interview with CNN’s Chris Cuomo on Monday evening, Jones said the officer pointed his gun at her 2-year-old daughter, 11-year-old son and husband who she says were standing in the stairwell, although they could not be seen in the video she posted.

A spokesperson for the Florida Department of Law Enforcement told the network that agents had knocked on Jones’ door and called her “in an attempt to minimize disruption to the family.”

The spokesperson said Jones had refused to come to the door for 20 minutes and hung up on the agents who called her. In a statement, Rick Swearingen, the department’s commissioner, said at no time were weapons pointed at anyone in the home.

The agency is investigating whether Jones improperly accessed a statewide government messaging system used for emergency alerts to send a message calling on employees to speak out about the number of COVID-19 deaths in the state, according to an affidavit.

“It’s time to speak up before another 17,000 people are dead,” said the message, sent in November. “You know this is wrong. You don’t have to be part of this. Be a hero. Speak out before it’s too late.”

Jones denied sending the message on CNN, saying: “I’m not a hacker.” She said she had lost access to government computer accounts when she was terminated.

In a series of tweets, Jones said all of her “hardware and tech” was taken, including the computer she uses every day to post coronavirus case numbers for Florida and the country.

She said the devices had contained “evidence of corruption at the state level.”

Jones has said she was fired from the department of health for refusing to manipulate COVID-19 data to disguise the severity of the state’s health crisis. State officials have denied the accusation.

After her dismissal, she launched a data portal to rival the state’s coronavirus dashboard.

Lawrence G. Walters, an attorney representing Jones, told Newsweek in a statement: “The actions of Florida law enforcement captured on my client’s video depicts unnecessarily reckless and aggressive behavior in the execution of a search warrant for computers.

“Our client was fully cooperative yet had guns pointed at her and her family. We are concerned that these actions may be retaliation in response to her whistleblower claim against the Department of Health and her criticism of the governor’s COVID 19 response.”

Walters added: “We will thoroughly investigate the alleged basis for this search which resulted in the forced disclosure of confidential communications with our adversary in litigation. We also intend to pursue all lawful avenues to seek return of our client’s property and vindicate her civil rights.”

But she added that she would not be intimidated by Florida Gov. Ron DeSantis.

“If Desantis thought pointing a gun in my face was a good way to get me to shut up, he’s about to learn just how wrong he was. I’ll have a new computer tomorrow. And then I’m going to get back to work.”

A GoFundMe page to raise funds to buy a new computer and pay her legal fees has collected more than $50,000 in donations in a matter of hours.

This article has been updated with a statement from an attorney representing Jones.