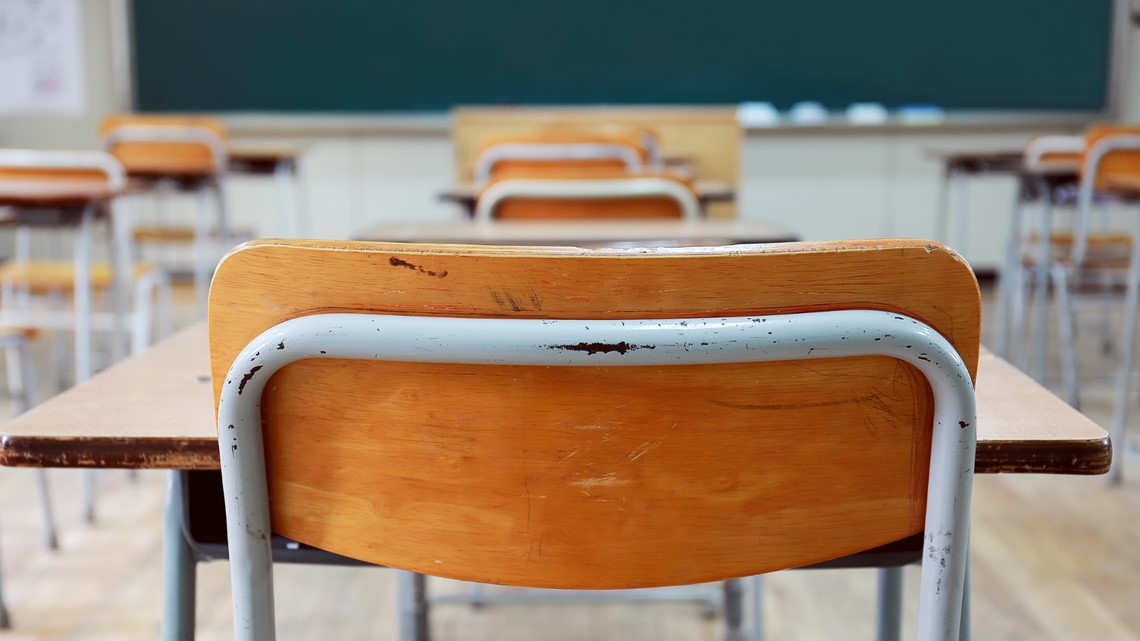 Both guns were found after classmates alerted school staff to the weapons.

LOUISVILLE, Ky. — Two Jefferson County Public School students from different schools are being disciplined after each were found possessing a gun on school property.

This comes after Monday’s stabbing on a JCPS school bus involving three students.

Tuesday morning, Atherton High School was under a Level 5 security level, the highest security level available, which put the school under complete lockdown.

Senior Peyton Berry said he was in 4th period gym class when the school was searched, and his class was searched with metal detectors.

“We see like four cops come in and they start searching around the locker rooms and I’m wondering what’s going on,” he said. “We all start freaking out.”

Renee Murphy, with the district’s communications department said after an initial sweep, security officers didn’t find a weapon. When they continued their search, they ended up finding a gun in a backpack in a locker.

Murphy said another student reported the possibility of a weapon on campus, which led to the search. Murphy said the student responsible will be cited.

Classes resumed as normal following the gun’s confiscation, but parents were able to come pick up their child early if they wanted to.

Murphy said stopping guns from being brought to school is a job for the entire community.

Berry said incidents like what happened at Atherton feel inevitable.

“The frustration is real, it happens in Louisville a lot and honestly it’s frightening to our youth and kids our age,” he said. “We live in a world that scary and we live in a world with danger, so stuff is going to happen and there’s not much we can do about it.”

Later in the day another JCPS student, this time at McFerran Preparatory Academy, was also found with a gun at school.

A letter sent to families said a student reported to school staff that a classmate had a gun in their possession.

Principal Georgia Taylor said the weapon was confiscated from the student without incident.

“We always encourage students to ‘see something, say something,” Taylor said to parents, commending the student who came forward with information about the gun.

“The safety, security and well-being of your child are always our top priority,” she said.

Taylor told parents that the student involved is being disciplined according to JCPS polices and procedures.

Make it easy to keep up-to-date with more stories like this. Download the WHAS11 News app now. For Apple or Android users.