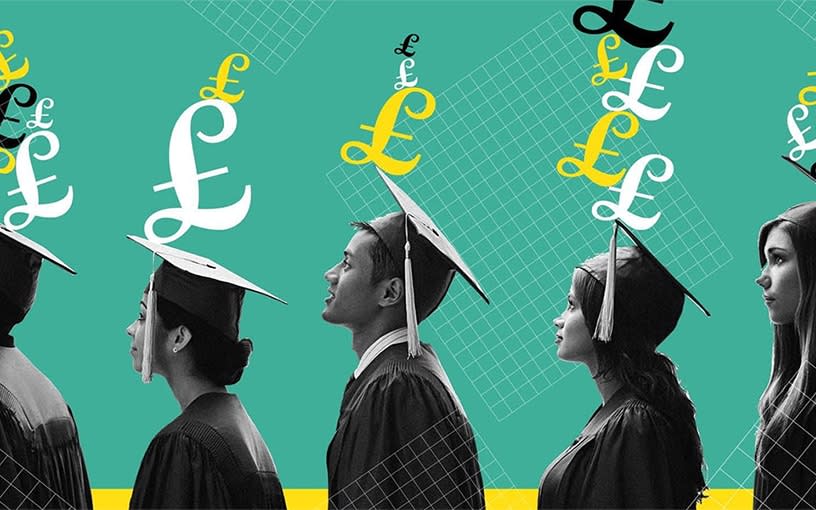 The A-levels fiasco has created a “perfect storm” that will leave landlords in lower-tiered cities facing chaos when university term starts.

As some students were awarded their predicted grades, giving them higher results than expected, many are now likely to ditch their back-up university options.

This means that student numbers in towns with lower ranking institutions are likely to plunge this autumn, polarising the student accommodation market and leaving some landlords with drastically reduced demand.

The places that will be hit hardest

Research, by estate agency Hamptons International, found that of the 60 local authority areas with the largest concentrations of student accommodation, 11 are reliant on just one university that ranks outside the top 50 on the Complete University Guide.

These include Portsmouth, where in 2019 5pc of council tax chargeable homes were lived in by students. Plymouth and Preston are also on the list, where 3.5pc and 3.4pc of homes respectively are used as accommodation.

Four more – Middlesbrough, Sunderland, Newcastle-under-Lyme and Bournemouth – have two universities with a combined average ranking outside of the top 50.

Landlords here will not only bear the brunt of the shift towards higher ranking universities, they will have no other source of students, and will face the most competition from other local investors.

These landlords were already facing problems

The final numbers of accepted university places will not be available for several weeks, but the indicators show a clear polarisation.

Since A-level results were first announced, data from UCAS, the universities admissions body, show an 11pc year-on-year spike in accepted places at higher tariff universities (which require the most points to apply for).

Accepted places at lower tariff universities, however, were down 0.5pc compared to the same period last year.

The dip does not sound so large, but it compounds a trend. Analysis of the data by StuRents, a student accommodation search engine, shows the number has dropped 4pc since 2012, while higher tariff acceptances have jumped 39pc over the same period. Landlords in the cities with lower-tiered institutions were already grappling with dwindling student numbers, and the A-levels results fiasco has compounded the problem.

In the last five years, NEPI cut its own Sunderland student portfolio from 30 properties to five, said Mr Armstrong.

The other threats facing landlords

Across the country, the rise of PBSA was driving many small-scale landlords to cut their portfolios too. David Fell, of Hamptons, said: “In the first two months of 2020, the number of student homes marketed by small landlords was down 10pc on two years ago.”

Now, coronavirus means that the trend is “doubling down”, said Mr Armstrong. “If you’re a landlord in the primary student areas of a major university city – Clifton in Bristol, Headingley in Leeds, Disbury in Manchester – you will be fine,” said Mr Armstrong. Places such as Sunderland and Teeside are a different picture, he said.

Normally at this time of year, “our lettings department would expect half a dozen calls on a daily basis from students,” said Mr Armstrong. Now, “we haven’t had any.”

‘This year is a tipping point’

After students get their A-level results, if they have missed their first choice university, they suddenly need to arrange accommodation in their second choice city. In 2019, the August rise accounted for 9.1pc of StuRents’ inquiries for the year. In 2020, as more students got their first choice options, the spike was just 6.4pc.

The real numbers could also be worse. Students might accept places but not show up, and considering many universities have announced shifts to online learning, some may not feel the need to move home at all.

But for now, much of the HMO sector is insulated, said Mr Ward. Second and third year students typically sign contracts for the following academic year between October and February, said Mr Ward.

PBSA landlords in lower tier cities, however, have been scrambling to fill their rooms. The sector is also more exposed to the anticipated drop in international students due to the travel restrictions. Anthony Hart, of Allsop, a property auction house, said that while the HMO market is at least 95pc UK-based students, the PBSA sector is 50pc international students.

“They’ve been offering no commitment bookings, so there is no penalty if a student pulls out, which is unique to this year,” said Mr Ward. Other providers are offering single semester lets and promotions such as cash back off final rent installments, Amazon vouchers and bus passes.

This year could be “a tipping point” in the battle between small HMO landlords and the PBSA sector, added Mr Fell.

But the problems for individual landlords could only be delayed to next year, when after being in halls, fewer second year students are looking for HMO accommodation, said Mr Ward.

This article has been amended. An earlier version of this article incorrectly stated that higher and lower tariff university acceptances had seen respective year-on-year changes of +39pc and -4pc.

« Breonna Taylor’s family ‘agree financial settlement’ over death
In search of a smoke-free casino? Park MGM and NoMad will be the first on Las Vegas Strip »
Sidebar