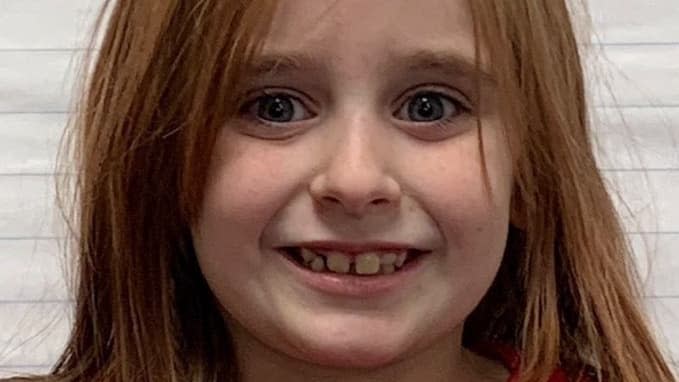 The remains of Faye Swetlik, the 6-year-old South Carolina girl whose disappearance and murder shocked the nation last year, were hidden in her alleged killer’s home for two whole days before police found her body in nearby woods.

A new police report on the death of Swetlik shows that Cayce, South Carolina, investigators were eerily close to her body throughout their three-day search for her; her body was in the home of neighbor Coty Taylor at the time officers searched the property for any sign of her.

The report, obtained by South Carolina outlets The Post and Courier and The State, marks an end to the year-and-a-half long investigation into Swetlik’s death. Police interviewed numerous neighbors throughout the course of the search, including Swetlik’s mother, Taylor, and Taylor’s roommate.

“All endings, evidence and facts point to the exact same conclusion: Coty Taylor abducted and murdered Faye Marie Swetlik and was the sole perpetrator in this horrible case,” Cayce Public Safety Director Bryan Snellgrove said in a video statement, according to The Post and Courier.

Taylor, 30, was found dead of apparent suicide in his home shortly after the body of the little girl was found next to his property.

Swetlik had been killed days earlier. Police say she got home from school around 2:50 p.m. on Feb. 10, 2020 and went to play in the front yard. Her mother Selena Collins told police the last time she saw her daughter was around 3:45 p.m., noticing her missing about an hour later. After some time searching with neighbors, Collins called the police.

Authorities launched a three-day sprawling manhunt to search for Swetlik, using more than 300 federal, state, and local officers—some of whom used dogs or helicopters—to find Swetlik. That search led them to search each car that passed through the neighborhood and interview multiple neighbors, including Taylor.

Police say Taylor aroused no immediate suspicion throughout their initial searches. Officers had searched the home for the first time two days after Swetlik disappeared, when Taylor wasn’t home, with permission from his roommate. While there, they noticed a full black laundry bag,but they found no need to inquire about it, according to The State. Once Taylor was home later that day, police returned to interview him. He claimed to be sleeping when Swetlik was abducted, though police began to doubt his alibi.

An autopsy report later showed Taylor strangled Swetlik to death within hours of her abduction.

Taylor’s roommate also said he began acting suspicious as the search intensified. The roommate noticed an odd smell throughout the apartment, and he told investigators that he “had never smelled a dead person before but there was something not right.”

Taylor is also said to have used a deodorizing spray in the house, which the roommate attributed to him covering up the stench of weed.

After repeated visits by police to the house, Taylor proceeded to bury Swetlik’s body in a wooded area in the neighborhood around 1 a.m. on Feb. 13, police said, citing camera footage capturing a light from the direction of where her body was discovered. Footage showed Taylor in a Walmart later that morning buying soil for her “grave,” with a Lyft driver who picked Taylor up describing him as acting unusual.

Police later found Swetlik’s body in the woods near her home, leading them back to Taylor. They found him at his house—dead, with a knife lodged in his neck from a self-inflicted wound. In a follow-up search, they found the laundry bag opened, with DNA results showing both Swetlik’s and Taylor’s DNA in the bag, according to the report.

Authorities have not determined a motive for Swetlik’s murder, as there is not believed to be a link between Taylor and Swetlik’s family. While Cayce police have concluded their part, the FBI investigation is still ongoing, as is a review by the State Law Enforcement Division.