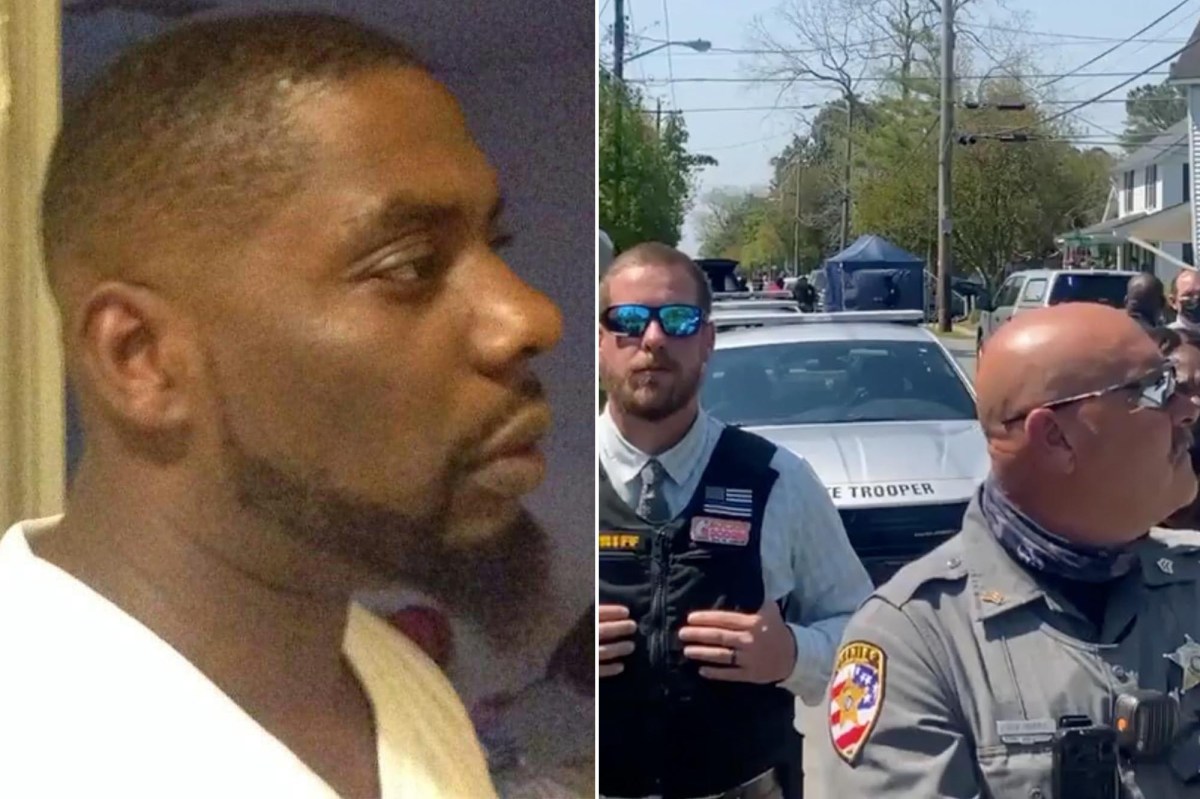 A North Carolina man was killed by police who had been called to search his property early Wednesday, police said.

The man, identified by relatives as Andrew Brown, 40, was driving away from officers in Elizabeth City when they shot him around 8:30 a.m., according to police and local TV station WAVY.

The North Carolina State Bureau of Investigation will take over the probe, according to the sheriff, and the city council has called an emergency meeting for Wednesday evening. The sheriff’s department did not immediately respond to a request for comment.

At an afternoon press briefing, Pasquotank County Sheriff Tommy Wooten said the deputy was equipped with a bodycam and that it was on at the time — but would not say when it might be released.

The sheriff did confirm that Brown was the victim.

“The sheriff’s office has complete trust in the North Carolina Bureau of Investigation and its ability to complete this investigation,” Wooten said.

“The sheriff’s office will be transparent and take the proper actions based on the findings of the SBI’s investigation.”

Wooten would not say what type of search warrant deputies were executing when Brown was shot, nor identify the deputy involved.

He added that a “team of local law enforcement” had been called in “to ensure the safety and protection of the citizens of our community.”

The sheriff did not provide additional details on that decision.

Keith Rivers, president of the Pasquotank County NAACP, said police had not spoken to family members until he arrived and put pressure on authorities to release information.

“The sheriff needs to address these people,” he told WAVY, gesturing at a crowd that had gathered on Brown’s street. “In light of everything that’s going in America with the shooting of unarmed black men, I came down to make sure that the facts are clearly disseminated.”