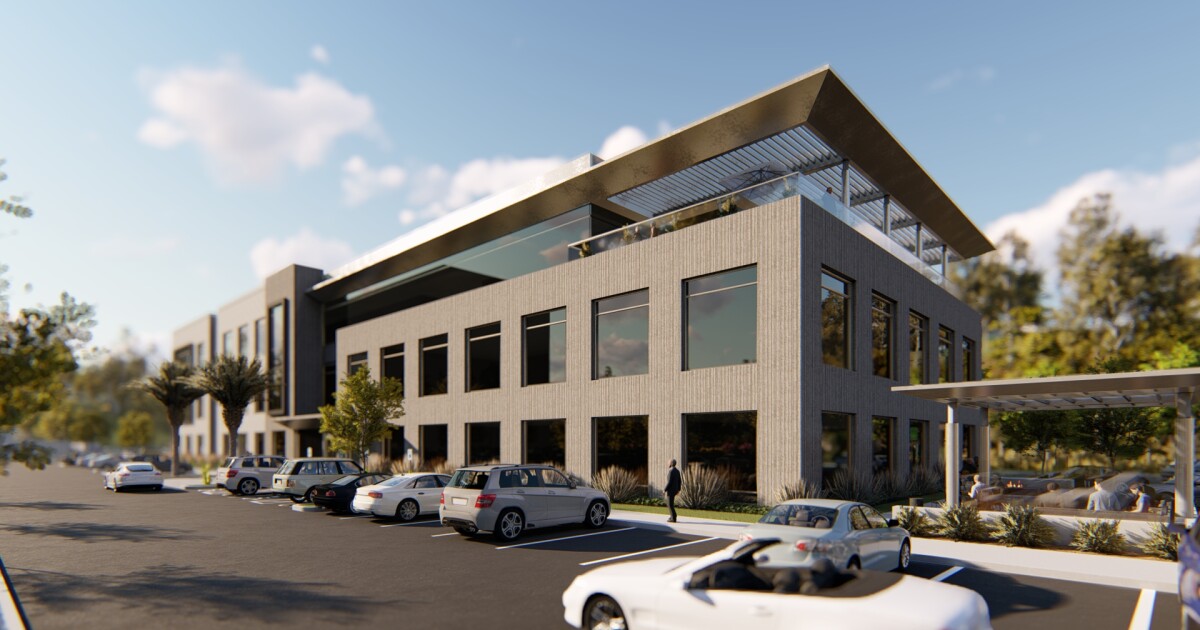 Already entrenched in Rancho Bernardo’s tech- and defense-dominated office market, real estate investment company Drawbridge Realty is banking on renewed demand for top-tier workplaces with the ground-up construction of a $30 million office project at the end of a quiet, suburban cul-de-sac.

The firm’s project at 16707 Via Del Campo Court, announced this week, marks the first new construction office facility in Rancho Bernardo since Sharp Rees-Stealy opened its medical center in 2017, according to real estate tracker CoStar.

This story is for subscribers

We offer subscribers exclusive access to our best journalism.
Thank you for your support.

Drawbridge is building a three-story, 82,000 square-foot building that can accommodate an electronics lab, and is tailored to the types of large firms already dominant in the office submarket. It features high ceilings, up to 27,000 square-foot floors and an expansive third-floor patio with valley views.

The company acquired the nearly 12-acre lot that neighbors the Northrop Grumman and General Atomics sites in late 2016 for $4.3 million, but only recently decided to move forward with construction. The project is expected to be completed in January 2023.

“We’re selling the fact that it’s a brand new building. What I’m seeing across the country is a (flight) to quality,” said Michael Embree, who is an executive with Drawbridge. “Tenants in a lot of markets have a lot of choices, and they’re tending to go to newer product with better air filtration systems and better efficiency with lighting … given the return back to work.”

The firm is not a frequent developer of new facilities, but it felt the timing was right to build something from the ground up.

Technology companies in the Sorrento Mesa and University City office markets are being forced out by a booming life science industry attracting huge capital investments and pushing up rents to sky-high prices, said Jay Alexander, who is a managing director with Jones Lang LaSalle and is leasing the Via Del Campo project on behalf of Drawbridge.

“Life science deals … are pushing these tech companies to places like Rancho Bernardo,” he said. “Rancho Bernardo has always been a really strong tech market, but (the trend is) adding a little gasoline on the fire. Our projection, based on what’s going on in the market, is that by the end of this year there will be no big chunks of space left.”

Rancho Bernardo’s office market includes 6.6 million square feet of space. It is defined by older properties, nearly all built prior to 2010, that are occupied by large corporations who tend move around when their leases expire, creating fluctuations in the overall vacancy rate, said Joshua Ohl, who is the local director of market analytics for CoStar. Currently, the vacancy rate in the region is 15 percent, which is a little higher than other submarkets, he said.

Drawbridge is making a strategic bet based on Apple’s recent leasing behaviors and the lack of new construction buildings in the area, Ohl said. Apple, he estimates, has leased around 450,000 square feet in Rancho Bernardo. Apple also has a significant presence in the University City area.

“If I had to guess, I would bet (Drawbridge) is building something that would target Apple,” he said, noting that the iPhone-maker has shown a propensity for clustering around residential neighborhoods where their workforce already lives. “(University City and Rancho Bernardo) are two tech strongholds and there are a lot of households with STEM degrees in those areas.”

Via Del Campo Court is being offered at $2.80 per square feet, not including taxes and other property expenses.