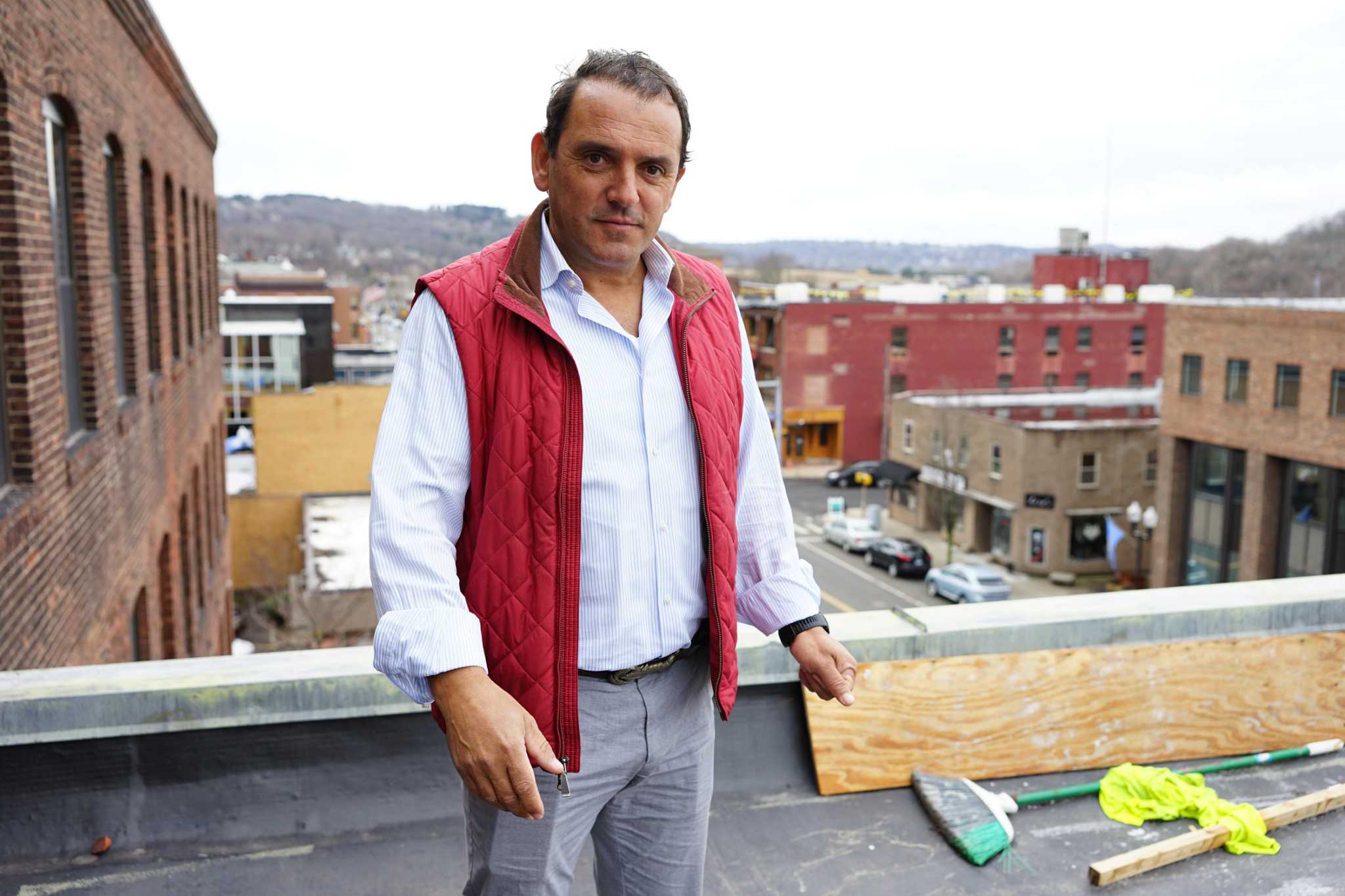 ANSONIA — The Bella Vista housing complex is still undergoing construction, but developer Joseph Gega is already happy to show off the first finished apartments, which he expects to draw more people into the city.

“They have the ability to come live in our community with better amenities (and) better return on their money in Ansonia,” Gega said.

On a recent tour of the units, Gega walked around the empty apartments on the fourth floor, which are now nearly complete and fitted with new Frigidaire appliances still wrapped in plastic.

Although the apartments were first proposed in 2013, the city signed over the various properties that make up the project to Gega and his team at Shaw Growth Ventures in 2020. Nearly 100 units will be available for rent once the project is finished in the fall.

But Gega said he’s aiming to start opening the apartments much sooner than that.

“There is 91 units in phase one. We’ll be opening in phase one probably by next week — depends on fire department and zoning department on the certificate of occupancy,” he said.

Economic Development Director Sheila O’Malley said the city is glad the new apartments are getting closer to completion.

“We’re really thrilled about the market rate apartments going online. The whole idea is to bring people downtown to increase the downtown activity. New residents will mean a shift in the way downtown has been in the past,” O’Malley said.

Gega said the second phase of the $10 million project will take some time due to required remediation work, and said he is working on obtaining a grant to help facilitate that.

He said the apartments, which range from studios to two bedrooms, are going to be more affordable than nearby towns. But he noted the units will have various amenities — from a lounge and coffee shop on the first floor to garbage pick up, a gym and a picnic deck. Rentals start at $1,300 a month.

He said the units have been built using quality materials, including granite counter tops and stainless steel appliances.

“It’s market rate, but it’s affordable,” said O’Malley. “That’s a distinction between the Shelton apartments that are being offered. It’s working class, it’s middle class people who can live downtown, take the train to their job. So it was super exciting. It’s the next step in a transformation that we believe is long overdue.”

The units have high ceilings with hanging light fixtures and exposed brick. The outlets by the kitchen counter tops come with USB outlets for electronic devices. Residents will also be provided with a key fob for opening doors for added security.

Gega said security is important to him and to renters.

“Each unit has a state of the art security system — that’s very important to us. Any community we ever built (in) security is priority not because we build in a market where crime is an issue, but everybody deserves their privacy,” he said.

The addition of new units was received positively by David Morgan, CEO of TEAM, a nonprofit human services agency in the city.

“I think it is a wonderful addition to the menu of options for housing in Ansonia as we continue to see growth,” Morgan said.