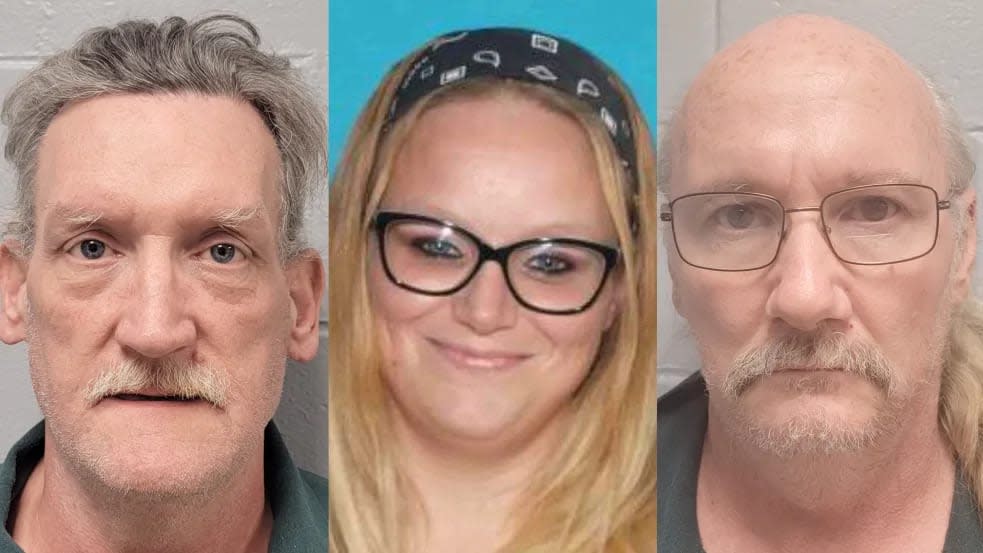 The mystery surrounding the fate of a Missouri woman who vanished over the summer has finally been solved—but the details about what really happened to Cassidy Rainwater are more ghastly than anyone could have imagined.

Police say the 33-year-old’s remains were found in a freezer at the home of one of the men accused of kidnapping her in Windyville, an unincorporated Ozarks community about 160 miles from Kansas City.

That man, James Phelps, had initially been arrested and charged with kidnapping Rainwater in September, along with another man named Timothy Norton, a trucker who had been living on Phelps’ property. Police have now upped the charges against both men to first-degree murder.

The new charges come after remains recovered at Phelps’ property just days after his arrest were positively identified as Rainwater’s.

Insta Model Found Dead After L.A. Warehouse Party Had Told Pal ‘Let’s Get Out of Here’

Police have also divulged new information about hundreds of other pieces of evidence recovered in the case, providing disturbing new details about Rainwater’s final moments that come as a gut-punch to many who feared the worst from the very beginning. The case had already taken a very dark turn in September, when details trickled out about Rainwater being held captive and semi-naked in a cage on Phelps’ property.

The Dallas County Sheriff’s Office has now revealed that the cage was the least of Rainwater’s torment: She was strangled by the two men before being gutted and dismembered, according to the officials.

A search warrant executed at Phelps’ home uncovered photos of “a partially clothed female in a cage who we recognized as Cassidy,” police said in a statement Wednesday. “The other photos depicted Cassidy’s body bound to a gantry crane, commonly used for deer processing, and her evisceration and dismemberment.”

Police have not yet given a motive for the grisly crime, but they say Phelps and Norton planned it in advance.

“Norton confessed to the murder of Cassidy Rainwater. Norton told FBI agents that Phelps had him come over while Cassidy was sleeping in the living room floor, so he had easy access to attack Cassidy,” the sheriff’s office said. After entering, they say, Norton said he “held Cassidy’s legs down while Phelps strangled her and placed a bag over her head.”

Norton is said to have told investigators that Phelps then “bound her to the gantry crane” and dismembered her.

Police say “items from the freezer that appeared to be human flesh” have been positively identified as Rainwater’s remains, and skeletal remains belonging to her were also uncovered.

The packages in the freezer containing her remains were labeled “7-24.” Rainwater was last seen at some point in late July; a family member who officially reported her missing on Aug. 25 said she had last been seen about six weeks prior.

Phelps and Norton were seen as suspects from the get-go, and the case took a bizarre turn in October, when the Ozarks home at the center of the investigation burned to the ground and authorities found tripwire and a “live incendiary device” on the property.

Phelps had admitted to police that Rainwater had been living on his property, but he repeatedly tried to deflect investigators’ scrutiny, telling them that she up and left suddenly in late July after voicing plans to leave for Colorado.

In reality, police say, the whole time Phelps claimed he was graciously letting Rainwater stay with him “until she got back on her feet,” he was actually plotting her murder. Messages between Phelps and Norton showed the two men “planning the murder of Cassidy Rainwater,” police said.

Authorities say they have no reason to believe “there are any other victims associated with Phelps and Norton at this time.”

Norton’s attorney has said he intends to plead not guilty. It was not immediately clear if Phelps had an attorney.