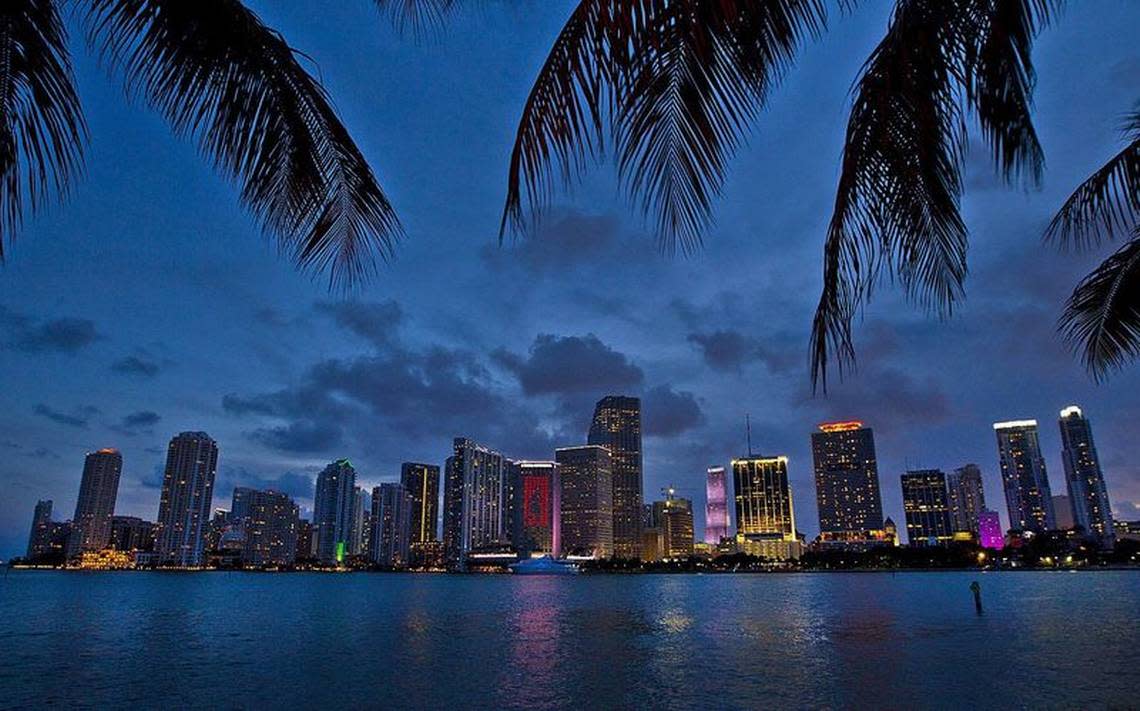 If former Gov. Rick Scott had not swiped Carlos Lopez-Cantera from the Miami-Dade property appraiser’s office to be his lieutenant governor in 2012, we might not be making the recommendation that we are today.

And that is, Marisol Zenteno should be the county’s new property appraiser. She stands ready to take up where Lopez-Cantera left off.

He was committed to updating the stodgy office with 21st century technology to make it more efficient, cost-effective and accessible. Zenteno says that’s her commitment, too, because under the incumbent, Pedro Garcia — who, by the way, is Zenteno’s boss — such progress has stalled.

In their joint interview with the Miami Herald Editorial Board, Zenteno made clear that her goal is to make the office accessible and relevant to residents’ lives. “Our programs work in silos. The systems don’t communicate,” she said. “It takes a worker double the time to search in several systems.”

That’s time, we think, that could be used to serve more people who reach out to the office for resolution.

She laments that the physical office in downtown Miami is open at a time when virtual meetings are much safer. She’s concerned that workers weren’t immediately told about the presence of COVID in the office, which Garcia did not deny.

Zenteno also says that the office should be more accessible, when conditions allow. She would open satellite offices, adding locations to the one downtown and the other in South Miami-Dade.

As its website says, the office’s primary responsibility is to “identify and appraise all real and tangible personal property within the county and certify the annual tax roll with the Florida Department of Revenue (DOR) in accordance with State law.”

The property appraiser issues “the annual notification to all property owners in Miami-Dade County of the assessed value of their property.”

Residents and commercial property owners can learn all this and more from the website — if they read English. But it rankles Zenteno that there is no information in Spanish or Haitian Creole. She wants to follow the example of Harvey Ruvin, Miami-Dade’s Clerk of the County Court. His office’s website is trilingual, as are other government sites. This should be routine for government websites in Greater Miami. Again, it’s the 21st century.

Garcia says that the page gets 40,000 hits a day. “Everything I hear from that page, like, everything is perfect,” he said that real estate professionals tell him. But it’s the everyday homeowner that Zentano says has been ignored.

Zenteno has spent 20 years valuing commercial and residential property and five years at the property appraiser’s office. She’s also a former president of the League of Women Voters and was chair of the Miami-Dade Commission on Human Rights. These positions only add to the richness of her experience in connecting with residents.

Garcia was Miami-Dade’s first elected property appraiser, serving from 2009 to 2012. He lost his re-election bid to López-Cantera, then a term-limited state lawmaker. Garcia ran and won again in 2014 when Lopez-Cantera left. He was unopposed in 2016.

During Garcia’s first term, there were concerns about his decision not to include foreclosures in the valuation of homes and not dealing more quickly with homeowners’ challenges. He also was accused of not cracking down on homestead-exemption fraud, something he accuses Zenteno’s mother of committing.

During their Editorial Board interview, Garcia waved a letter that he said was from Zenteno’s mother, who had, for years, received a senior citizen’s homestead exemption based on her limited income.

She continued to take the exemption after her daughter moved in with her in 2017, bringing with her a salary of about $76,000. But it wasn’t until the day before Zenteno filed to run against her boss that her mother sent the letter saying that she no longer qualified for the special exemption.

Garcia calls it homestead fraud. Zenteno says that she and her mom each handles her own financial matters, and that she only discovered the problem when preparing to file to run for election.

Zenteno’s mother paid the $11,000 fine, only to be told later that the property appraiser’s office, ironically, overcharged her by about $4,000.

We think Zenteno’s experience and vision outweigh this misstep.

Garcia told the Board that he is proud of the job that his office is doing, but his assertion that, “I will not make any changes,” gave us pause.

He has gotten too comfortable in the job. Zentano is poised to bring a new energy, a smarter vision and a different way of conducting the people’s business.

« Chad Daybell, husband of Lori Vallow, will face trial after missing kids found dead on his property, Idaho judge rules
How To Get Mortgage And Refinancing »
This website uses cookies to improve your experience. We'll assume you're ok with this, but you can opt-out if you wish. Cookie settingsACCEPT
Privacy & Cookies Policy