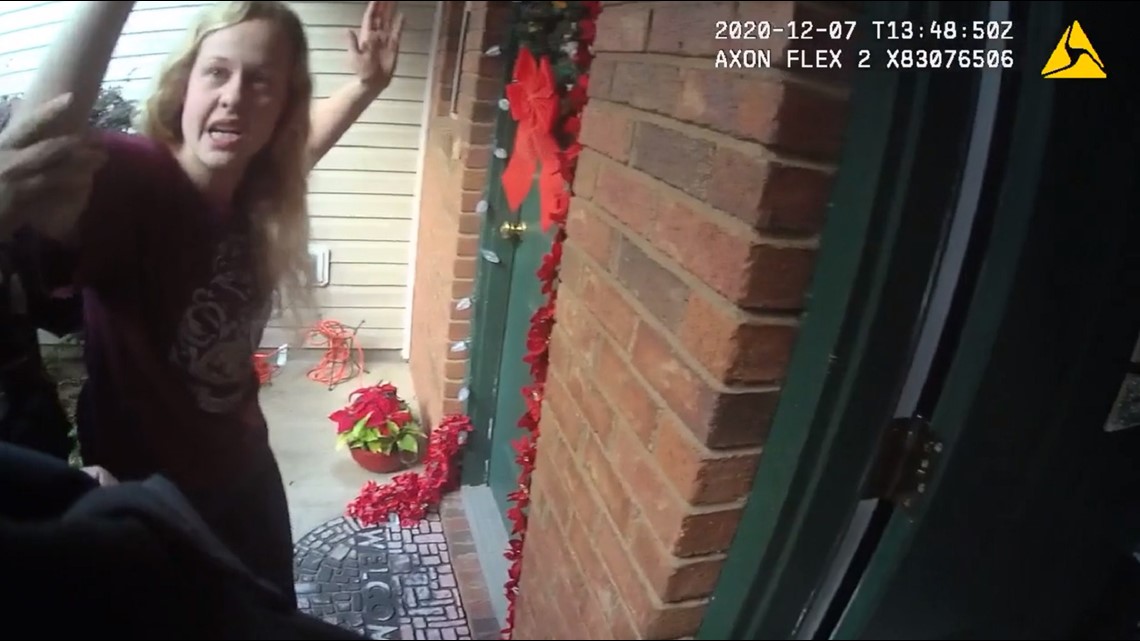 Judge to consider case on property seized from Rebekah Jones

FDLE accuses Jones of getting into a Department of Health communications system and improperly sending a text to users of the State Emergency Response Team.

TALLAHASSEE, Fla. — A Leon County circuit judge did not issue a ruling Wednesday afternoon about whether the Florida Department of Law Enforcement should be required to return property seized in a search of the home of Rebekah Jones.

Jones, a former Florida Department of Health worker, who helped create the state’s COVID-19 dashboard, alleges the search warrant was a “sham,” according to reports.

FDLE accuses Jones of getting into a Department of Health communications system and improperly sending a text to users of the State Emergency Response Team after she had left her position. It’s an accusation Jones has publicly denied.

Both sides argued their case, but the judge found that the record presented was not complete enough to make a final decision for several reasons. The intent to file charges, future venue and decision to include, or not, the state attorney’s office in the proceedings were all cited as causes for today’s “draw.”

So, what does this mean? The judge did not grant the seized property to be returned, but they also did not deny it, leaving the motion open for further consideration.

FDLE Commissioner Rick Swearingen says the investigation began after someone “illegally hacked” into the state’s emergency alert system. According to him, authorities determined an unauthorized message was sent from Jones’ home.

“As I have said before, I am proud of the professionalism shown by our FDLE agents as they served a legal search warrant on the residence of Rebekah Jones,” Swearingen wrote in a statement last month. “Our criminal investigation continues, and while I have not seen this lawsuit, I believe the facts will come out in court.”

The text message in question, according to the affidavit for the search warrant provided by the FDLE, was sent Nov. 10 and urged people “to speak up before another 17,000 people are dead. You know this is wrong. You don’t have to be part of this. Be a hero. Speak out before it’s too late.”

According to the Department of Health, there were a total of 17,460 coronavirus-related deaths among Florida residents and non-residents noted that day’s report.

Jones filed the lawsuit on Dec. 20, naming the defendants as FDLE Commissioner Rick Swearingen, Agent Noel Pratts, and an unidentified agent listed as John Doe. The lawsuit alleges that a search warrant used to enter her home “was obtained in bad faith and with no legitimate object or purpose.”

What other people are reading right now: