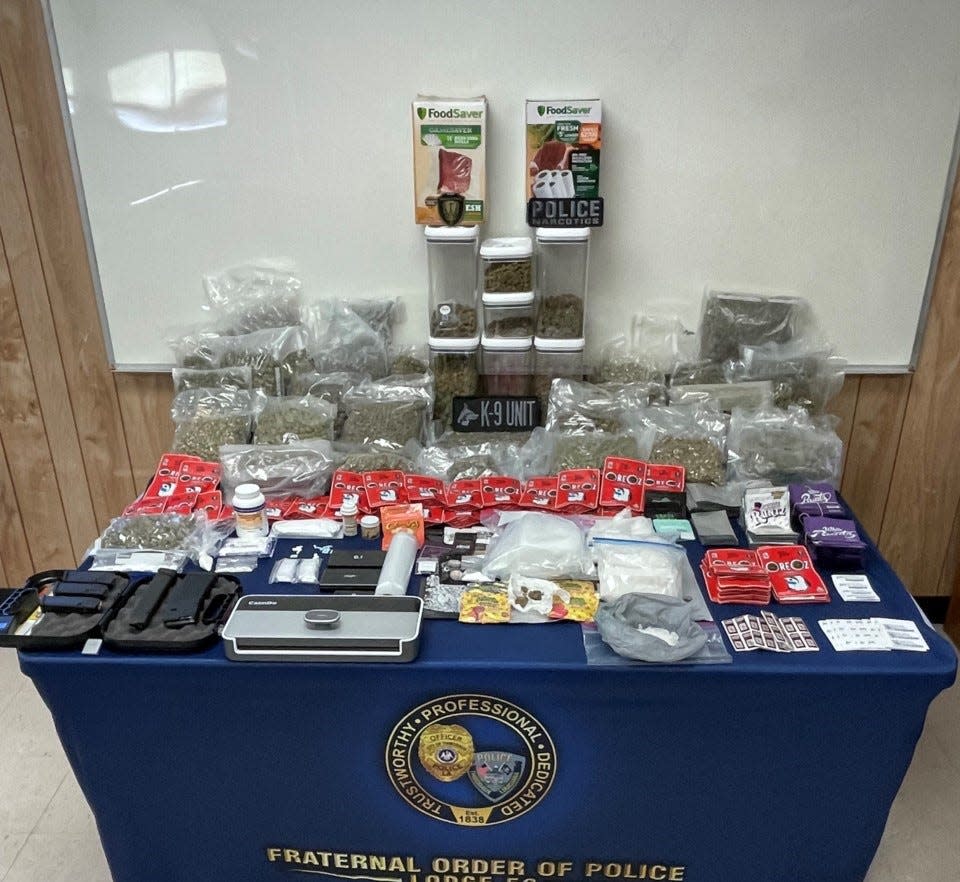 A former NFL player and Thibodaux High School standout was arrested after police said they found large amounts of drugs in his possession during a car stop Monday evening.

The traffic stop occurred midnight in the 100 block of East Bayou Road. Authorities pulled over a 2021 Black Cadillac Escalade for a traffic violation which led to a search, police said.

After finding quantities of cocaine, crack cocaine, oxycodone, hydrocodone, Xanax and marijuana inside Robinson’s car, police obtained a search warrant for his other properties in Thibodaux, authorities said.

A search of those properties turned up about $120,810 worth of drugs, including over 3 pounds of crystal meth, 2.2 pounds of cocaine, nearly 40 pounds of marijuana, 4 grams of crack cocaine, 227 doses of hydrocodone, 48 doses of oxycodone and 18 doses of alprazolam, which is a generic form of Xanax.

Police said they also seized a large assortment of drug paraphernalia, firearm magazines and ammunition and a small amount of cash.

Robinson had stints in the NFL as an offensive tackle. After playing college football at Auburn University, he was drafted by the St. Louis Rams in 2014 before signing with the Detroit Lions in 2017. He was then signed to the Cleveland Browns in 2018 before becoming a free agent.

He was a two-time all-state player and one of the most sought-after prep offensive linemen in the country when he graduated from Thibodaux High School in 2011.

Robinson was arrested on drug charges in Texas in 2020 after federal agents said they found 157 pounds of marijuana in a rented vehicle in which he and two other people were riding.

He was released from the El Paso County Jail after posting $25,000 bail, according to court records. He was later ordered to serve five years of probation and pay a $5,000 fine.

“Praying for you Greg,” a commenter said on Facebook. “I hope you get the help you need to get pass this evil. I’m not here to judge you. I will definitely say prayers for you young man keep your head up you’re not the first and you won’t be the last but you can change.”

“Maybe this is what it’s going to take to save his life,” said another. “God allows things to happen for our own good. … I hope he realizes that one day.”

Robinson was booked into the Lafourche Parish jail, where he remains on $315,000 bail.

— Staff Writer Dan Copp can be reached at 448-7639 or at [email protected] Follow him on Twitter @DanVCopp.