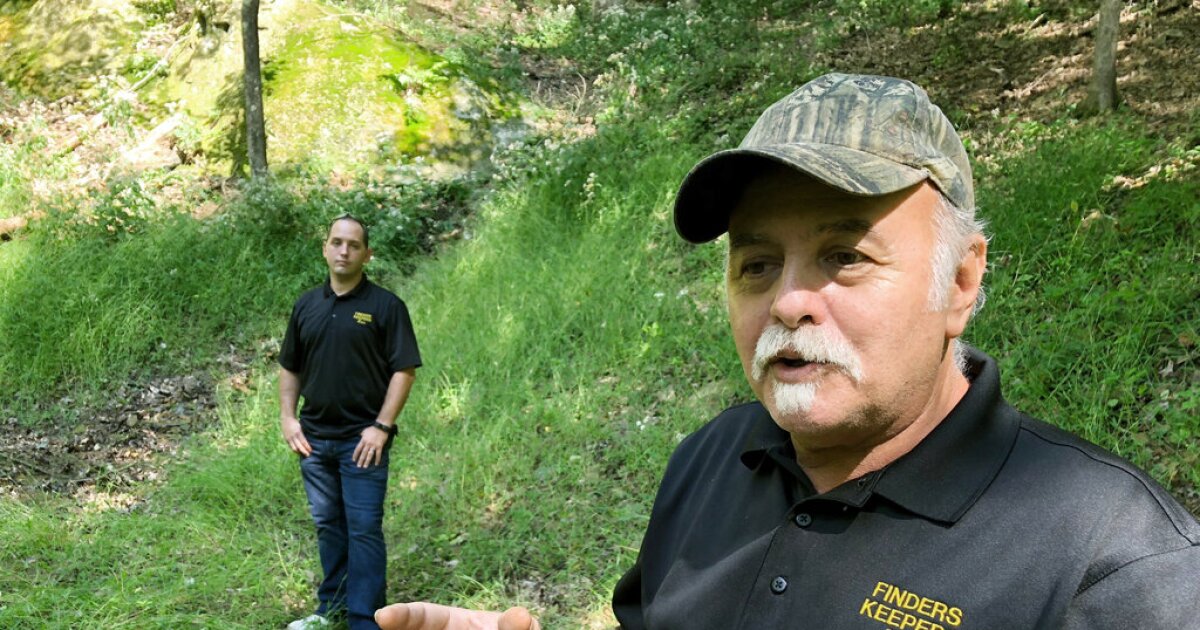 The FBI obtained a warrant to search a Pennsylvania cave for fabled Civil War gold without permission of state officials over concerns they would claim it as lost property, court documents show.

A warrant application, released following a petition by the Associated Press and Philadelphia Inquirer, discloses that Dennis and Ken Parada, a father-son treasure hunting duo, went to the FBI to share rumors about the final resting place of the cache of gold bars, according to the Washington Post.

Although some historians doubt whether the lost gold even exists, the FBI obtained a warrant to search a cave in Elk County on state-owned land, the supposed resting place of the treasure, without informing Pennsylvania officials.

“I am concerned that, even if [Department of Conservation and Natural Resources] gave initial consent for the FBI to excavate the cache of gold secreted at the Dent’s Run Site, that consent could be revoked before the FBI recovered the United States property, with the result of DCNR unlawfully claiming that that cache of gold is abandoned property and, thus, belongs to the Commonwealth of Pennsylvania,” said an affidavit filed by an FBI agent.

Legend holds that in the summer of 1863, a Union detachment tasked with escorting a large amount of government gold to Philadelphia was intentionally misled by their guide — and then disappeared. Investigative journalist and author Warren Getler theorized the gold was stolen by the Knights of the Golden Circle, a Confederate secret society that sought to expand the Confederacy into Mexico and Central America.

Based on the rumors, the Paradas searched for the treasure and located a cave in Elk County.

An attorney for the pair, Bill Cluck, told Fox News they had a gadget that indicated “precious metals” were buried at the site, and the FBI used a device known as a gravimeter that also detected something. The Paradas and Getler said a government contractor found several tons of a precious metal that could be worth $250 million if it was all gold, the Associated Press reported in 2018.

When the FBI excavation team arrived in 2018, the Paradas said they were ordered to wait in their car far from the dig site, a move the pair claim was a renege on their deal to let them observe the dig.

The FBI claims nothing was found and the case was closed. However, the Paradas found the FBI’s behavior “suspicious,” accusing them of lying about not finding anything at the dig site.

Neighbors reported they heard drilling tools in the area throughout the night, long after the dig supposedly ended. The Paradas are currently engaged in a court battle with the FBI to uncover documents and video footage of the excavation.

The Washington Examiner reached out to the FBI and Pennsylvania Department of Conservation and Natural Resources for comment.