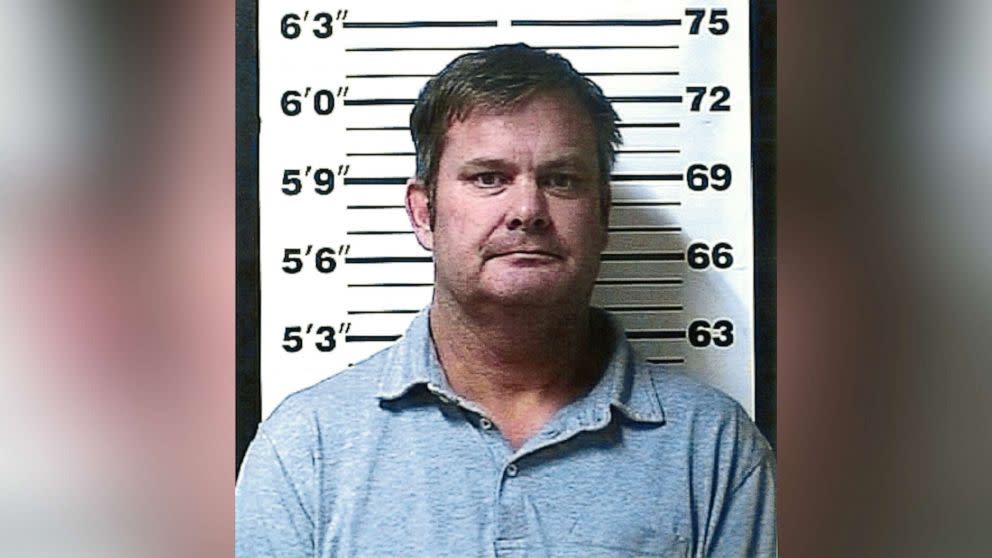 Kay and Larry Woodcock, grandparents of the missing children, and Colby Ryan, Vallow’s eldest son, released a statement saying that the remains “are indeed our beloved JJ and Tylee.” Authorities have not yet publicly said so, but the family statement said authorities would be releasing the information “soon.”

“We are filled with unfathomable sadness that these two bright stars were stolen from us, and only hope that they died without pain or suffering,” the family said. “We have only just been told of the loss of our loved ones and need time to process.”

They also asked the public and press to respect their privacy.

Daybell, 51, who was taken into custody Tuesday on an unspecified felony charge, is the husband of Lori Vallow, who’s facing five charges — two felony counts of desertion and nonsupport of dependent children and one misdemeanor count each of resisting and obstructing an officer, solicitation of a crime and contempt — in her children’s disappearance. Vallow, 46, is currently in jail on $1 million bond.

JJ, who was 7 years old at the time he disappeared, and Tylee, who was 17, were last seen in September 2019 and were reported missing by extended family members to police in November 2019.

The case has long been shrouded in mystery. Vallow left for Hawaii in December 2019 with Daybell, whom she recently married, about three months after her children were last seen and a day after authorities conducted a welfare check on the children. She was arrested on Feb. 20 in Kauai.

Authorities learned that Tylee was last seen alive on Sept. 8, in Yellowstone National Park, prompting the FBI to ask anyone who visited the park that day to come forward with photos and videos, which can be uploaded to FBI.gov/Rexburg.

JJ was last seen alive in Rexburg, where the family lived, on Sept. 23, according to authorities.

Daybell had previously told ABC News “the kids are safe,” but did not elaborate.

Kay and Larry Woodcock, the grandparents of the missing children, issued a statement Tuesday after police said they found what were believed to be human remains.

“We got this news early this morning that Police and FBI had served a search warrant at Chad Daybell’s property and have been in touch with law enforcement throughout the day,” the Woodcocks said in a statement. “We were notified that law enforcement had discovered human remains on the property. This is obviously a very difficult time for our family, and we ask that you respect our privacy as we wait further news with heavy hearts.”

Late Wednesday, Matt Daybell, Chad Daybell’s brother, opened up about the incident in a statement.

“The events of the past 9 months have weighed heavily on our family – it has been one of the most difficult things we have ever had to go through. Some in our extended family are still struggling to accept the reality that Chad could have been involved in something so terribly wrong. On behalf of myself, my wife Heather, and our 4 children, we express our most sincere sympathies to Larry and Kay and to JJ and Tylee’s entire extended families,” he wrote. “We are devastated by today’s news and the apparent role that Chad has played in what has transpired. Heather and I have communicated many times in person and by phone with Larry and Kay over the past several months – they have been examples of courage, strength and kindness to us throughout this difficult trial they have been forced to endure. Throughout this ordeal, we have supported one another in pursuit of the truth, and will continue to do so. They have been praying for our family, as we have prayed for them. Our heartfelt love and prayers continue to go out to them and their family at this very difficult time.”

He added that he and his wife continue to pray for Daybell’s adult children and their spouses, but due to the circumstances, their “relationship with them has been significantly strained.”

Daybell’s brother said he has had no contact with Daybell’s family, or Daybell himself “for the last many months.”

“We do not know where his children stand at this time,” he added. “As such, we ask for patience and compassion for them and for all of our extended family as we cope with the horrific events that have come to light.”