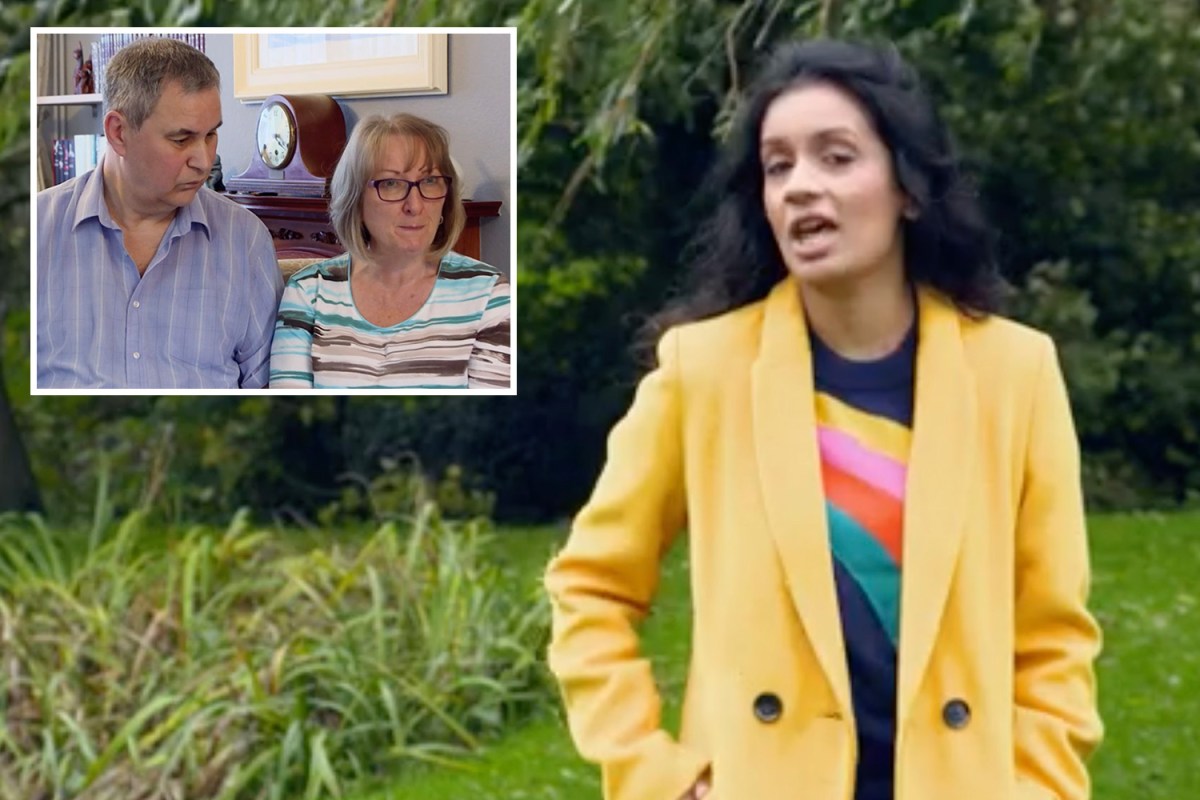 ESCAPE To The Country host Sonali Shah issued a frank apology at the start of a property-hunting search in leafy Somerset.

The presenter was tasked with finding contestants Lorraine and Colin their dream retirement home, which would see them move to the county from south east London.

Sonali was forced to apologise after the first property left the married couple, who had a £425,000 budget, in a tizz.

They were shown an Edwardian home which ticked all of their boxes – except its garden was too small.

Colin said: “I think, we were hoping for something bigger.

“I have to say that whether it’s a deal-breaker, I’m not so sure. Because the actual property itself is amazing,”

But Lorraine interjected: “It’s kind of messing with my head.”

“I do apologise for messing with your heads,” she said.

Colin then conceded: “We wouldn’t have wanted to miss out on that house because the garden was a bit smaller than what we were looking for.”

Later in the episode, Sonali also was forced to explain her property choices as they again left the couple in a dilemma.

She teased: “I’m giving you exactly what you didn’t know you wanted.”

The pair, who were embarking on their first house hunt for 40 years, plumped for property number two – completely different in era as a modern, contemporary home.

Previously, Sonali was forced to lay down the law to a couple seeking a joint home and business in north Wales.

They craved the land to create a series of holiday lets in the lush, tranquil location.

Host Sonali, 40, thought she’d pinned down the perfect pad with the mystery property – a lavish hotel – and this was all but confirmed by the pair’s response.

She swiftly jumped in: “Yeah, but it’s not for you to enjoy.”

Sonali then reinforced the point the couple would not be holidaying in the hotel themselves in their role as proprietors.

Bringing it back to business, she said: “Would you like to run [the hotel]?”

In another episode, a couple rejected every single property as Sonali overlooked a series of “deal breakers.”