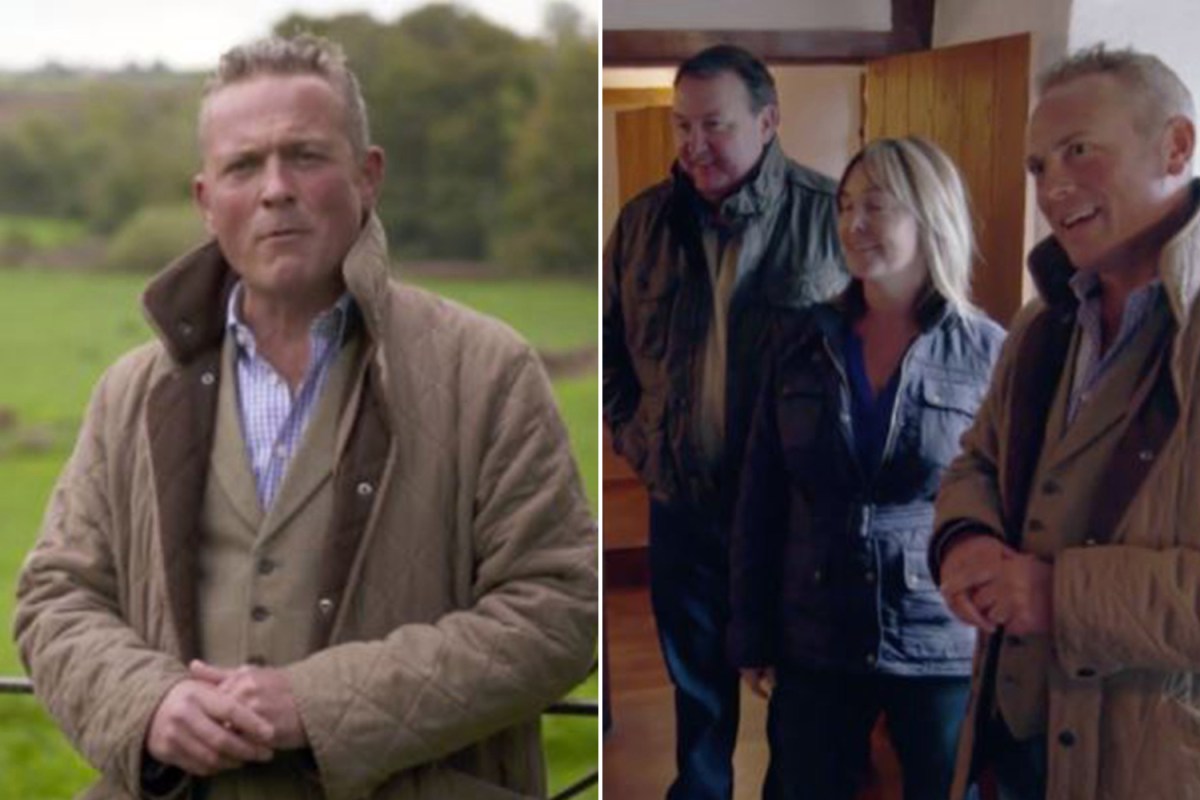 ESCAPE to the Country’s Jules Hudson broke the show’s rules for his latest property search.

Monday’s instalment of the BBC One show saw the presenter, 51, trying to find Kerry and Mark from Surrey their dream home for £650,000 in Somerset.

The couple made it clear that they wanted four bedrooms, an annexe for Kerry’s mum to live in, a large kitchen/dining area and one acre of land.

HR manager Kerry also revealed that they’d like to find some sort of business opportunity that they could incorporate into their new pad too.

Property number one, which was located in the village of Coleford, certainly impressed the couple.

The 19th century property which was a former Grade listed church, boasted four bedrooms, a place for Kerry’s mum to stay and 4.9 acres of land.

The second house viewing was where Jules showed his daring side.

The presenter told Kerry and Mark: “Here was are in the heart of Glastonbury and you’re probably thinking ‘this isn’t the rural view we were looking for'”.

“We brought you here to think about quite a unique business opportunity that exists in that building over there.

“It is currently a very successful B&B, up and running with existing bookings, which you would potentially take on if you were to buy it.

“Usually for us on this show, we are in the heart of a market town, but for you we’ve broken a few of the rules and that is why we have come here to show you this to you.”

An intrigued Kerry replied: “Right, interesting. I’ve always dreamt of running a B&B, never done it, but would like to aspire to do it!”

The stunning home, which had an asking price of £650,000, ticked all of their boxes.

It had six bedrooms, two reception rooms, a large kitchen and a big garden.

And property number three, located in the village of Upton Noble, had no obvious business opportunity.

It featured four bedrooms, a stylish kitchen and landscaped garden for just £650,000.

When the couple had to sit down and discuss the next step with the presenter, they agreed that the first property stood out the most.

Mark told Jules: “If I had the keys to the Mill house tomorrow, I’d be delighted.

“But I’ve got to look at the numbers and do some crunching.”

Jules’ cheeky rule break comes after property expert Sonali Shah apologised to a buyer whose emotional husband couldn’t keep his hands off her.

The episode followed the property expert try to find couple Alan and Jan their dream home in Devon.

As they looked around house number two, the pair couldn’t stop grinning.

Alan couldn’t contain his emotions and went in to hug Sonali, who was happy to accept the gesture.

As he cuddled her, the presenter apologised to Jan and said: “Sorry, we’re just having a moment.”