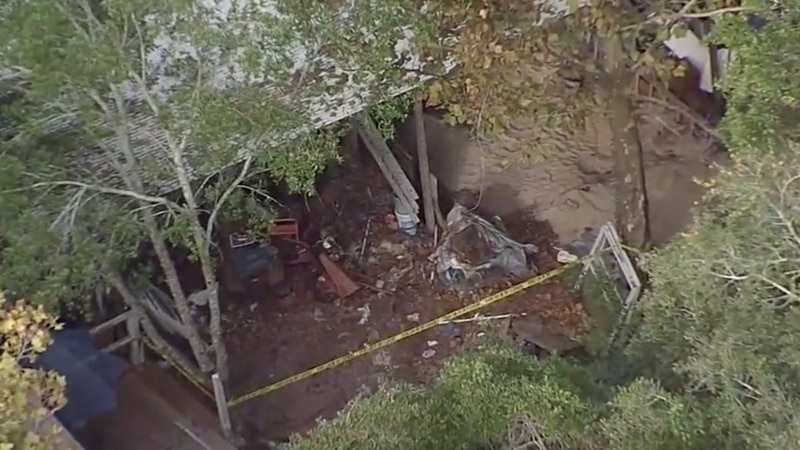 SPRING HILL — Investigators this week are searching the property on which infamous serial killer Billy Mansfield Jr. buried his victims in the 1970s and early 1980s. They also arrested his brother on a slew of drug charges.

The Hernando County Sheriff’s Office have revealed little about the activity at the Centerwood Avenue property where, in 1981, investigators recovered the skeletal remains of four women. Mansfield, whose family has lived on the property for decades, is serving a life sentence for strangling four women and burying their bodies on the property. He’s now 64 and incarcerated in California, where he was convicted of killing another woman.

The Sheriff’s Office on Wednesday said that it served a search warrant at the property early Tuesday morning and arrested the serial killer’s brother, Gary Mansfield, 63, on several drug possession and distribution charges. He was being held in the Hernando County jail on Wednesday in lieu of $42,500 bail.

Deputies said they “located items on a nearby property that were deemed to be suspicious.” Those items were not related to the drug investigation and were sent for laboratory testing, deputies said, but they did not provide more information.

But it appears that forensic technicians and investigators also searched the grounds itself. WFLA-Ch.8 reported that both the medical examiner and forensic experts were at the scene, and neighbors told Spectrum Bay News 9 that they saw excavation equipment heading onto the property.

A sheriff’s spokeswoman would not say whether those accounts were accurate. The District 5 Medical Examiner’s Office, which covers five counties including Hernando, said Wednesday that the agency spokesperson was not available to comment.