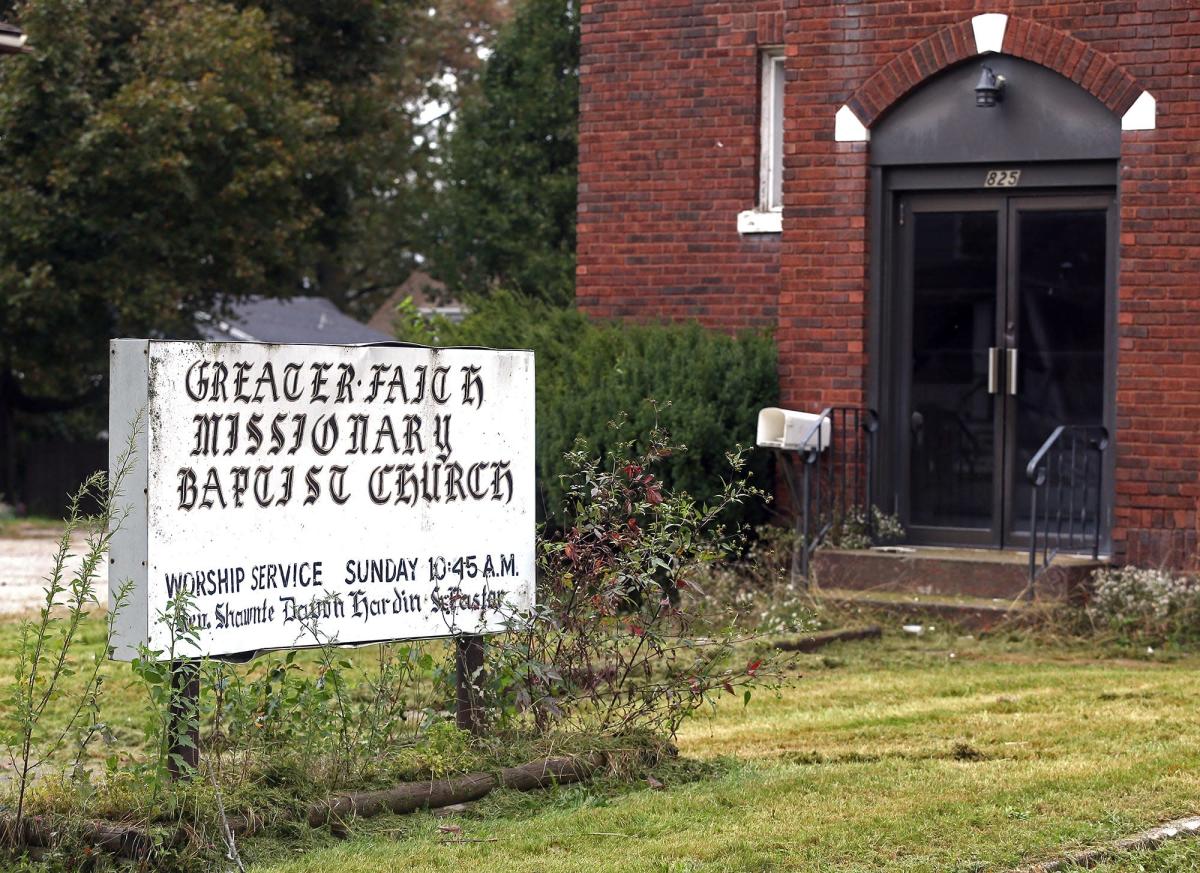 Agents from the Ohio Bureau of Criminal Investigation searched a church in Akron Tuesday where an unlicensed funeral home operator facing felony charges has served as senior pastor.

A citizen who contacted the Beacon Journal Monday reported he saw boxes of apparent “cremains” inside the unlocked building on Sunday.

Steve Irwin, press secretary for the Ohio Attorney General’s Office, said the search was related to the ongoing prosecution of Shawnte Hardin, who allegedly mishandled funeral services for scores of Ohioans from Summit, Cuyahoga, Franklin and Lucas counties since 2014 without ever obtaining a license to provide those services.

Hardin had operated a funeral home in the property next door to the church at 815 E. Buchtel Ave.

The church had bought the building at 825 E. Buchtel, along with the neighboring property at 815 E. Buchtel from the Ohio Episcopal Diocese in 2012.

Hardin’s company, SDH Funeral Properties, became owner of the property next door to the church, at 815 E. Buchtel, in 2018, after acquiring it from funeral home operator, Robert Tate, who bought the land from the church in 2017.

Tate, a former funeral home operator from Toledo who died in December, had gifted the property to Hardin’s company, SDH Funeral Properties, in 2018, according to Summit County Fiscal Office records. Tate had previously lost his license to operate funeral homes in 2015.

An indictment in Hardin’s case was filed last October. A pretrial hearing in the case is set for Feb. 7.

More: Bodies turning up in a Columbus storefront Tuesday are the latest for unlicensed funeral operator