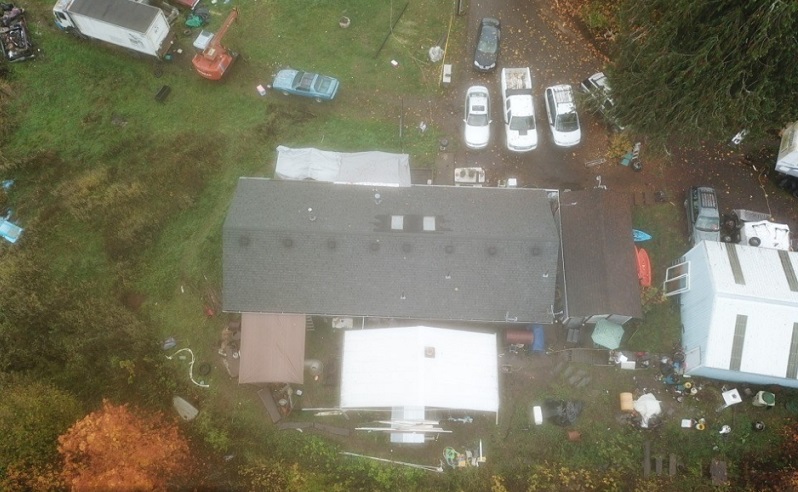 The crash happened in the 11400 block of NW Gales Creek Road at 9:30 a.m., the Washington County Sheriff’s Office said. At the scene, deputies reportedly found a Toyota pickup that had damaged two separate properties during the crash, but the driver was nowhere to be found.

After collecting evidence and talking to witnesses, deputies suspected the driver had hidden in a nearby home. They also had reason to believe the driver was 36-year-old Damion Clowdus, authorities said.

Officials were familiar with the home Clowdus allegedly ran to and suspected its current residents of trafficking drugs and owning guns, according to the sheriff’s office.

The local Tactical Negotiations Team — also known as SWAT — arrived at the property after being granted a search warrant at about 2 p.m. An hours-long search uncovered heroin, meth and roughly a dozen guns, deputies said.

Authorities also found and arrested 21-year-old Kyler Pullins and 62-year-old Carolyn Allen, both of whom had outstanding warrants for failure to appear in court. The sheriff’s office said a total of eight people were contacted at the property but Clowdus was not among them. It’s unclear who will face charges for the drugs and guns found Thursday night.

Clowdus has an extensive rap sheet dating back to 1998, with a slew of charges ranging from identity theft and burglary to child neglect and unauthorized use of a vehicle.

If you have information on the location of Clowdus, please call non-emergency dispatch at 503.629.0111.