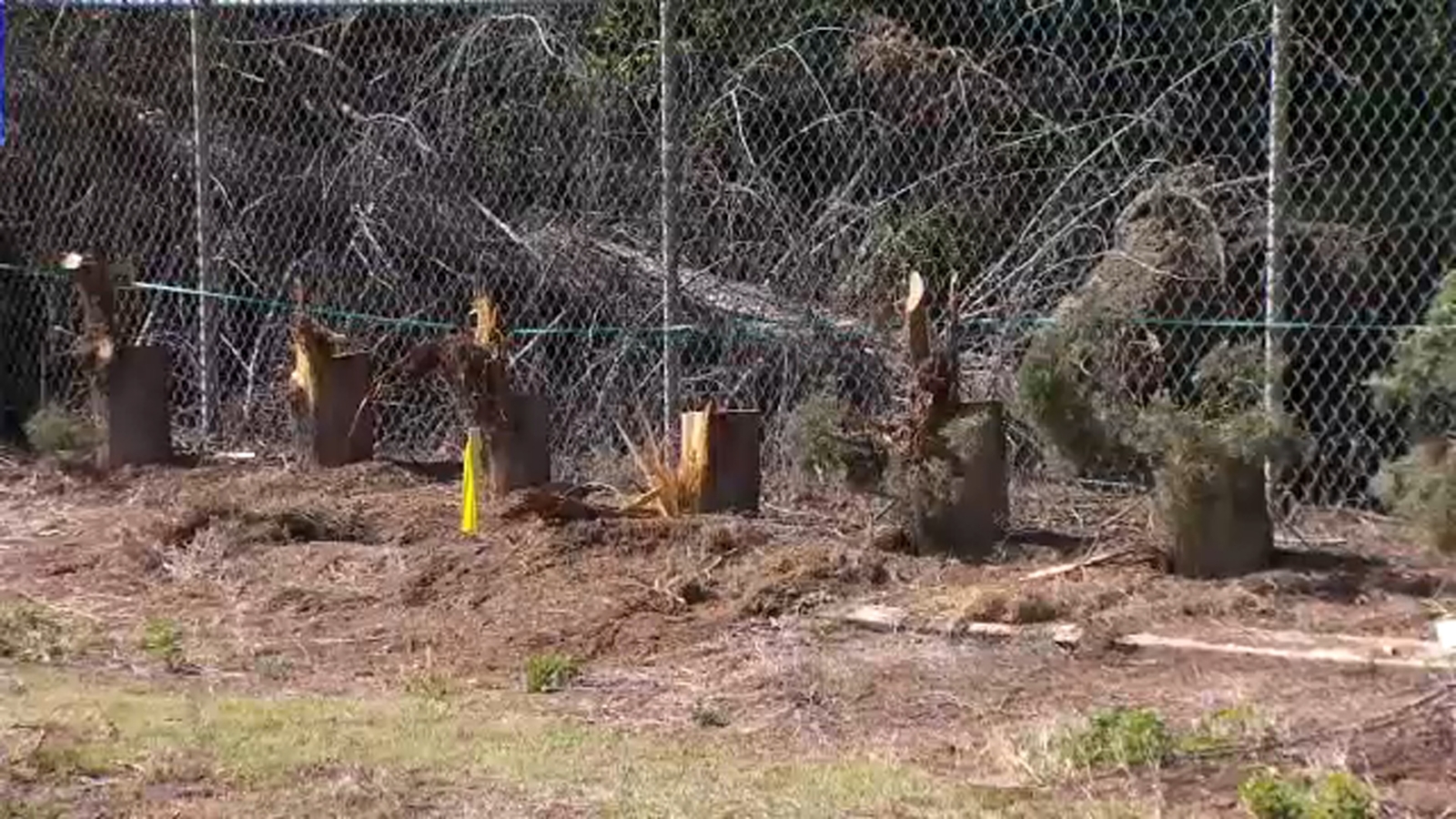 CLOVIS, Calif. (KFSN) — Confusion over a property line in Clovis led to a crew chopping down several large trees, leaving the property owners shocked and upset.

Those trees were removed by a contractor working on a new Granville Homes project near Temperance and Nees.

This fence is on the property of Debbie and Martin Britz, but their property extends a few feet from that fence. It’s between the fence and the line where those trees were.

The Britzes have owned the 11 acres of land for nearly 40 years.

There are many trees on the property, but in February, she was shocked to find some of them – mostly Italian Cypress – had been chopped down.

“All 14 were down and one palm tree that was next to them too, all straight in a row,” she says.

She says the Cypresses were about 35 years old.

The trees were taken down by a crew getting a lot ready for new apartments by Granville Homes.

Darius Assemi says his contractor did not know the property line was different from where the fence stands.

“We made an honest mistake. We took trees down that we shouldn’t have,” he says.

Assemi reached out to the Britzes. They said they’re referring him to their attorney – but did share this with us.

“35-year-old trees, you can’t just reproduce in a minute. Never again in my lifetime will I see them that big and as healthy as they were,” Britz says.

We talked with the attorney representing Mr. & Mrs. Britz.

He said his first goal is to stop any more entry by Granville onto the Britz property – including to remove the tree stumps.