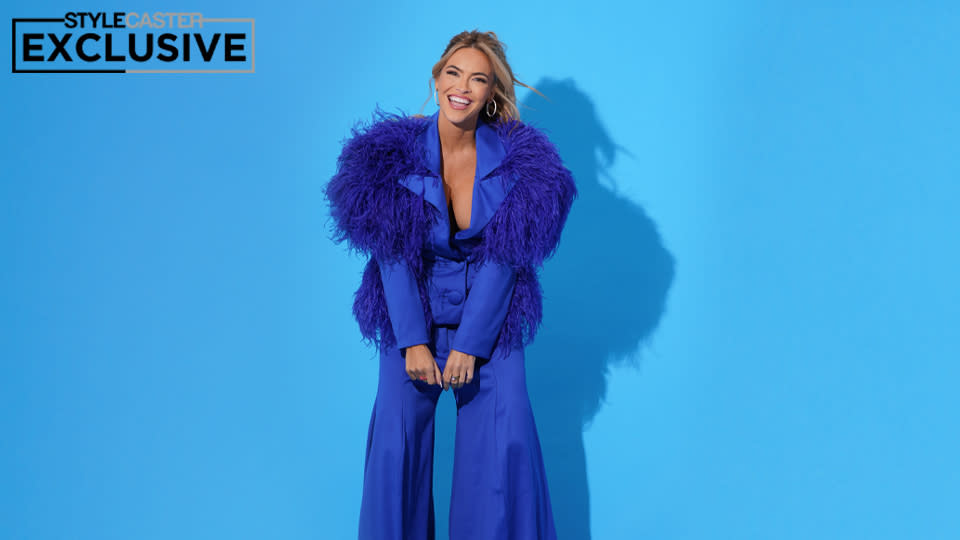 She can sell sunset, but can Chrishell Stause sell Carrie Bradshaw’s apartment, the Fresh Prince of Bel-Air mansion and more fictional homes?

In honor of Selling Sunset season 5, we put Stause’s real estate skills to the test in a game of “Selling Sets.” The rules are simple: We gave Stause five iconic homes from movies and television—from the Friends apartment to Bachelor Mansion—and asked her to evaluate the real estate value of each one. Long story short, Stause can make a lot of commission selling some of your favorite fictional characeters’ homes. “I don’t think she would pick me because I would have such a hard time keeping my cool,” Stause said of whether Carrie Bradshaw would hire her over Seema Patel to find her an apartment in And Just Like That. “She would not love my stalker energy, but if she did go with me, I would obsessively make sure [find her an apartment], even if it was just knocking on doors and just asking if they were selling if it’s in the area she wants to buy in. I do think I would deliver, and nobody would work harder than me for her.”

As fans know, Stause is one of several cast members on Selling Sunset, Netflix’s reality TV series about a group real estate agents at The Oppenheim Group, a luxury real estate brokerage in Los Angeles. The fifth season premiered on April 22, 2022. In her cover story for StyleCaster’s “Comeback” issue in March 2022, Stause explained how she found a career in real estate after she lost her role on the soap opera All My Children and needed to look for a plan B. “It was definitely an ego check. All of a sudden, you go from having these successes on TV and being like, ‘Oh my gosh. I did it,’” she said of the transition. “Then all of a sudden, you’re sitting in empty open houses and people are like, ‘Wait. Is that? No, that can’t be her. That would be weird.’”

Stause also told the story of how she was cast on Selling Sunset after The Oppenheim Group founder, Jason Oppenheim (who wasn’t her boss yet) met her at a party in Los Angeles and recommended her for the show to creator Adam Divello. Though Stause had her reservations about reality TV from being offered shows like Dirty Soap and Soap Divas, she was convinced once she walked out of her meeting with Divello. “He was very compelling in the meeting. He definitely knows how to sell his point. Granted, he leaned more on it being a real estate show,” she said.