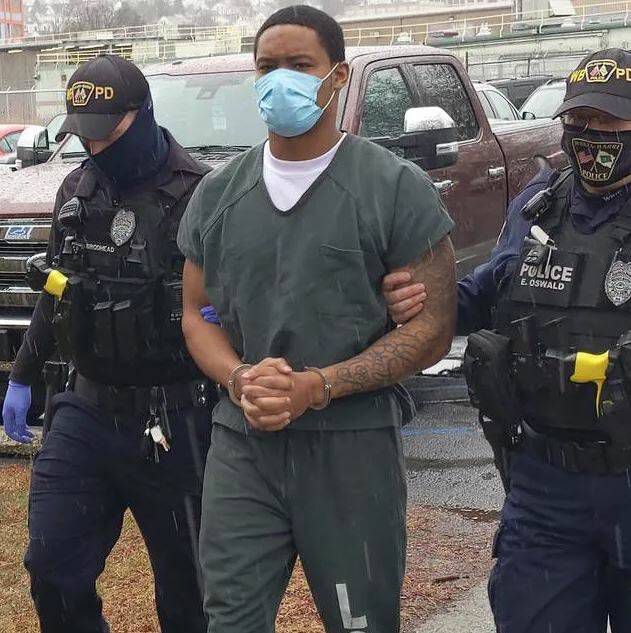 Turner’s attorney, Leonard Gryskewicz Jr., claims a Wilkes-Barre police detective illegally searched the phone simply by powering on the device. Gryskewicz wants the phone returned in order to search its contents for his defense.

Assistant District Attorney Brittany Quinn denied the phone was searched and doesn’t plan to use it as evidence, but placed Gryskewicz on notice that a search warrant may be served to search the phone’s contents.

Gryskewicz and Quinn separately filed motions this week requesting Lupas to schedule a hearing on the issue.

Turner, 22, is scheduled for a jury trial beginning Feb. 7 on charges he fatally shot Carlos Taffanelly, 47, of Paterson, N.J., and injured Liliana Giraldo and her daughter, Jamielynne Giraldo, on Oct. 5, 2020.

The shooting happened on North Street near North River and Darling streets.

When Jamielynne Giraldo was transported to Wilkes-Barre General Hospital, the phone was taken with her and given to police in a bag by hospital staff.

Gryskewicz and court records say Det. Charles Casey, while moving his work station inside police headquarters, found an unmarked evidence bag containing the cell phone. Not knowing whose phone it was, another detective powered on the device. When Turner’s picture appeared, the phone was turned off.

Quinn, in her motion, denied Gryskewicz’s claims the phone was illegally searched. She further claimed the phone was “abandoned property” on a public street and Turner has “no reasonable privacy interest.”

Gryskewicz is demanding the cell phone be returned as it is personal property. If the phone is not returned, Gryskewicz is arguing the phone’s contents should be prohibited from being used against Turner as it was powered on without a search warrant.

Gryskewicz believes he has a right to inspect the phone’s contents to determine if any information on the device can assist in Turner’s defense.

Quinn and Gryskewicz previously made arguments about the cell phone during a Nov. 24 motions hearing.

Lupas has not scheduled a hearing on the status of the cell phone.