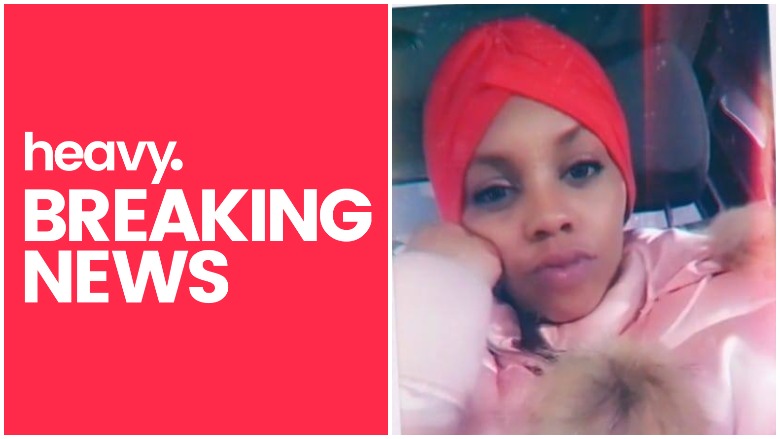 Body Found in Suitcase in Search for Missing Pregnant Woman

A dead body was found in a suitcase during the search for missing pregnant North Carolina woman Brittany Simone Smith, authorities said on Monday. Smith was reported missing on Thursday and search crews had been looking through the area throughout the weekend when the grisly discovery was made off Allen Road near Neuse River east of Raleigh, WECT reported, citing Wake County Sheriff Gerald Baker.

The outlet reported a heavy police presence where the suitcase was found and said an area was cordoned off near the woodline. Although Smith’s family was seen at the scene of the body’s discovery, the sheriff has not confirmed the identity of the body and no cause of death was provided.

However, Baker stated, “It’s safe to say that this is no accident. If this is, in fact, that young lady we’ve been looking for all weekend long. Someone is responsible for that. That just doesn’t happen.”

Smith had been living with her boyfriend Cody Page for months in a tent on a property owned by her friend Dale Williams. On Monday, authorities searched the area of the property where she was living and Williams told WAVY, “I offered to let them in because I had nothing to hide.” He said while he wasn’t able to put up Smith and her boyfriend in his home, he offered the space on his property: “This certainly beats living under a bridge.”

Williams said after Smith went missing on Thursday night, her boyfriend was extremely upset. “Cody loved her very much. He was completely devastated,” Williams told the outlet. He said he is also very worried because Smith “is someone I’ve tried to help, nurtured, and cared for.”

While there are no suspects in custody at this time, the sheriff indicated that “We have people of interest. An investigation is a process of elimination. We’re going to find out who’s responsible because these things just don’t happen,” according to WECT. The outlet wrote that multiple people were escorted from the scene where the body was found for questioning.

Smith Was Last Seen at Williams’ Property on Thursday Night

Williams told WRAL that Smith and her boyfriend did sometimes have loud arguments but he doesn’t believe Page is involved in his girlfriend’s disappearance. “I think it’s kind of ludicrous to implicate him because he doesn’t drive. He doesn’t have a car,” Williams told the outlet.

Smith, a 28-year-old described as noticeably pregnant, was reported missing on Thursday and was last seen in the Fox Run Drive area of Wendell, on Williams’ property, WRAL reported. The woman is about 4 feet 11 inches tall and weighs about 115 pounds. According to the outlet, authorities said Smith could also have been spotted in the 7000 block of Hodge Road.

The sheriff said, “We’ve got a lot of folks who are concerned about the whereabouts of this young lady. She’s a daughter. She’s a sister. She’s a family member. They’ve been working very hard to find her.” Authorities have asked members of the public with information about the case to contact the Wake County Sheriff’s Office at 919-856-6911.