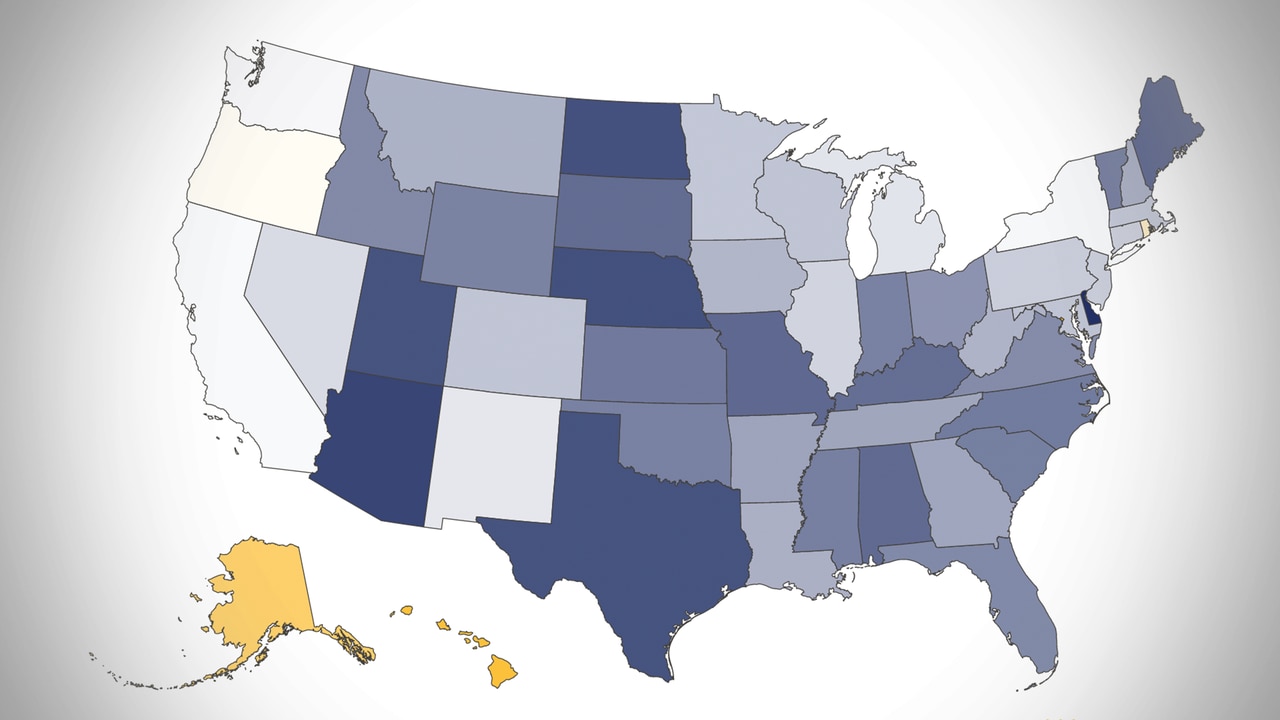 Even as many parts of the economy shut down, people kept building new homes in Alabama last year.

According to a recent study by the property search website NeighborWho, new single-family home construction permits increased nationwide in 2020, and Alabama was no different. Nearly 17,600 such permits were issued in the state in 2020, compared to just 14,700 in 2019. That increase of 19.4% was the ninth largest increase in the nation. The U.S. as a whole saw an increase of around 14%.

But Alabama – and the nation as a whole – still hasn’t reached the levels of new home construction seen before the market collapse and great recession in 2007.

Delaware saw the nation’s highest year-over-year increase at 27.4%, significantly higher than second place Arizona, which had an increase of 24.4 percent.

Many of the states with the highest total new home builds were in the South, including Texas, which came in at No. 1 with a staggering 158,000 new permits issued. Seven of the top 10 states for total new home build permits were in the South, including Florida (No. 2), North Carolina (No. 3), Georgia (No. 5), South Carolina (No. 7), Tennessee (No. 8) and Virginia (No. 10).

Texas and Florida were the only two states to add more than 100,000 new homes through these permits. Third-place North Carolina was far behind with 60,500.

Southern cities also dominated. Nine of the top ten U.S. metros for new home build permits were in the South, including Houston, Dallas, Atlanta, Austin, Charlotte, Tampa, Nashville, Orlando and Washington, D.C. Phoenix, which was third on the list, was the only metro area in the top 10 that was not in the South.

Within Alabama, the Huntsville metro area added the most new homes through these permits. The Rocket City, which has been growing quickly over the last decade, began construction on more than 4,200 new single-family homes last year alone. Huntsville’s total for new home build permits ranked 55th in the country among all metro areas, and was more than the Birmingham-Hoover metro, which is significantly more populated.

Birmingham-Hoover began construction on around 3,500 homes, which ranked 66th nationally. Alabama had one more metro in the top 100 – Daphne-Fairhope-Foley, which added 3,400 homes, ranking 71st. That metro is the cornerstone of Baldwin County, the fastest growing county in Alabama since 2010.

The U.S. as a whole added the most new homes since 2007, when the housing market began its crash and the great recession began. More than 979,000 homes began construction nationwide in 2020. In 2019, new home builds were essentially flat, increasing by just 1 percent from 2018 to 2019.

2020′s number of new home starts is still significantly less than the numbers before the market crash in 2007. In 2005, for instance, there were more than 1.6 million build permits issued nationwide.

The trend line in Alabama is similar. In 2005, there were nearly 25,000 new single-family home build permits issued here. That number fell to a low of 8,700 in 2010, and has steadily increased every year since.

You can read the full report from NeighborWho here.

Do you have an idea for a data story about Alabama? Email Ramsey Archibald at [email protected], and follow him on Twitter @RamseyArchibald. Read more Alabama data stories here.