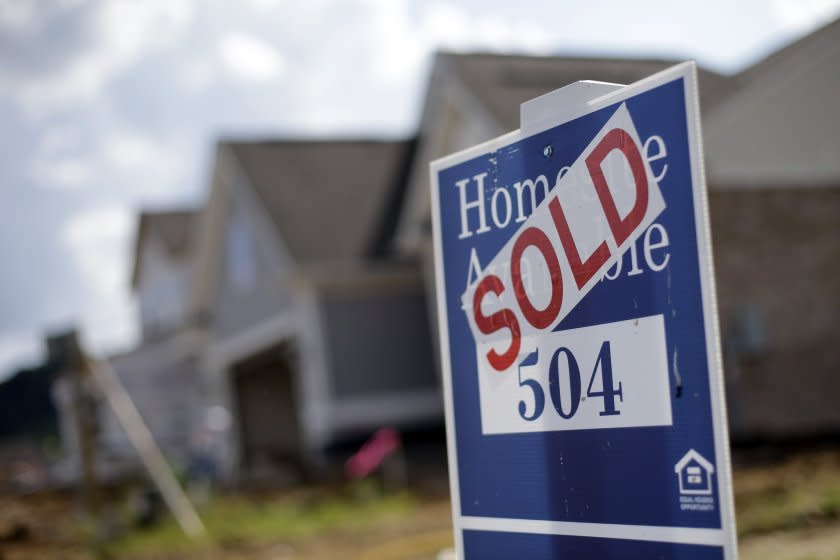 A Laurel Canyon property for $39,000? Beware of unsolicited home offers

Karolynne and Randolph Gee have lived in the same house in Laurel Canyon since 1963. They say the Mamas and Papas once resided nearby. So did Linda Ronstadt.

It’s a modest house — two bedrooms, one bath — not fancy by any stretch of the imagination. But it’s home. The Gees (she’s 85, he’s 90) say they hope to live out the remainder of their days there.

So it came as a surprise when a letter arrived the other day from someone offering out of the blue to buy the place.

The would-be purchaser said he probably could have a cashier’s check in the couple’s hands in under two weeks. He said he’d pay all costs and fees associated with the sale, including any back taxes “within reason.”

All the Gees had to do was sign the enclosed purchase agreement.

“It’s not for sale,” Karolynne Gee told me. “It’s never been for sale.”

She said she and her husband wanted to know why and how they were approached with this offer. Is this common? Should they report it to anyone?

Before we delve into the particulars of this case, which includes an incredibly small amount of money for a property valued at more than $1 million, let’s examine the business of unsolicited property offers.

On rare occasions, a passerby might decide your home is exactly what they’ve been searching for and leave a note asking if you’d be interested in selling. This happened with my neighbors, so it’s not out of the realm of possibility.

More likely, though, any such offer is being made by a real estate investor who specializes in combing public records for houses in desirable areas, especially those that haven’t changed hands in many years that could benefit from some sprucing up.

Which is to say, houses frequently owned by seniors.

Letters from such investors aren’t necessarily scams. The offers are generally legitimate.

Moreover, they really do mean it when they say they’ll cover all costs and fees. The pitch rests almost entirely on making the process as hassle-free as possible.

The trick is that this only works for the purchaser if he or she can buy very low, make a few cosmetic fixes and then sell at a higher price.

Chances are, therefore, whatever offer is being made will be well below the home’s market value — and what you could have made selling it on the open market.

Shelly Wilson, a spokeswoman for the California Department of Real Estate, noted that real estate investment firms do not need a state license to transact property deals.

“Therefore,” she said, “the department does not have jurisdiction over them.”

And that means people have to be particularly vigilant to make sure they’re not being taken advantage of.

The letter received by the Gees was from Minam Ulhaq, who runs an Anaheim company called Sell Land Easy.

Wilson said neither Ulhaq nor Sell Land Easy has a license to conduct property transactions. Any deal is thus happening on the sidelines of the traditional real estate market — what’s known as an “off-market” sale.

In his letter to the Gees, Ulhaq said that “in many situations” he is able to pay “in as little as 10 days after we agree on the price of your property.”

That is, needless to say, a pretty low-ball figure.

Ulhaq’s roughly $39,000 offer, therefore, means he’s offering to purchase the property for about 3% of its median estimated worth.

Kevin Keyser, a real estate agent who specializes in the Hollywood Hills, laughed when I asked what he thought of Ulhaq’s proposed sale price for a Laurel Canyon property.

“That seems outrageously low unless there’s nuclear waste in the basement,” he said.

It took a few days of trying but I finally managed to connect with Ulhaq. He told me that his low-low-low offer for the Gees’ home was an honest mistake.

“I didn’t think a house was there,” he said. “I thought it was just an empty lot.”

Ulhaq, 34, told me he’d still be willing to discuss terms with the Gees, but he’d have a hard time coming close to a reasonable offer for a home worth up to $1.5 million.

I asked how he got into this game. He said he works full time as a software developer for an Irvine tech company. He’s taken his savings and is dabbling on the side flipping properties, mostly, he said, empty lots in rural areas.

Ulhaq said he learned the business from a website called BiggerPockets, which offers instruction in property investment and charges a monthly subscription fee ranging from $19 to $99.

He said he looks for opportunities in county records and makes about 5,000 unsolicited offers a year. Less than 1% of those offers result in sales, Ulhaq admitted. He declined to be more specific.

For the relative few interested in a sale, Ulhaq said he tries to offer no more than 30% of a property’s market price and to then flip the lot for a price that’s still as much as 50% below market.

After two years of this, he said, he’s earned “tens of thousands of dollars.”

I’m guessing he won’t be quitting his software day job any time soon.

A spokeswoman for AARP told me most unsolicited purchase offers are ignored by elderly recipients. But if you receive an off-market overture for your property, make sure you proceed carefully.

Check out the would-be purchaser online. Look for any red flags such as bad reviews or lawsuits.

Do not — repeat: do not — sign anything until you’re sure you want to move forward.

That purchase agreement that came in the mail could be a legally binding contract. Make sure you review and agree to all terms before putting anything in writing.

Consider bringing in a real estate pro to represent you. If the purchaser is on the up and up, he or she should at least be willing to discuss terms with your agent.

Moreover, if selling your property seems like a good idea, don’t jump at the first offer made (especially if it represents just a small fraction of your home’s worth).

Look around for a reputable real estate agent in your area and talk about what’s involved with a traditional property listing.

Yes, that might be more hassle than agreeing to the off-market terms of an unsolicited offer. Yes, it may take longer to close the deal.

But if your home or land is in a hot location, don’t settle for less than market value, which you can easily get a sense of by doing a web search for your own address.

I asked Karolynne Gee if she and her husband would consider Ulhaq’s bargain-basement offer for their home.