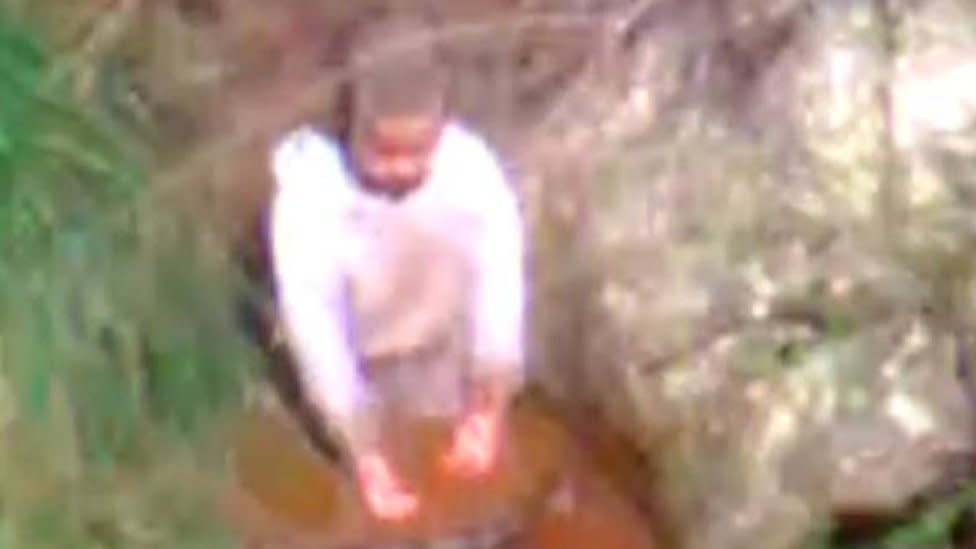 A three-year-old boy who went missing in the Australian bush four days ago has been found safe after a search.

Anthony “AJ” Elfalak was spotted by police helicopters on Monday, drinking water from a creek on his family’s property in rural New South Wales.

The little boy, who has autism and doesn’t speak, had been last seen at the house on Friday.

His family had feared that he had been abducted.

But rescuers found AJ on a riverbank about 500m from his house on the vast property in Putty, in the state’s north.

In footage shared by New South Wales Police, rescuers can be heard saying “I’ve got the boy”.

Authorities said AJ had suffered a few scrapes to his lower legs and was found drenched in wet clothes, but was otherwise in good health.

Here’s a picture of the creekbed where Jordan Gorman was found, approximately 3/4 mile, as the crow flies, from his home.Jordan said he found that blue tarp and built himself the shelter where rescuers found him this afternoon.#TNAMBERAlert pic.twitter.com/xKhjXMKGpS

TBI said a rescue team located Jordan by a creek in Cheatham County around 3 p.m. Even though he was “cold and hungry,” Jordan is in “pretty good spirits,” TBI officials said.

“Very rare that you have a missing child with this outcome,” TBI Spokesperson Josh Devine said.

Cold and hungry, but otherwise in pretty good spirits! Good to see you, Jordan! ❤️#TNAMBERAlert pic.twitter.com/SLEVH8EIZE